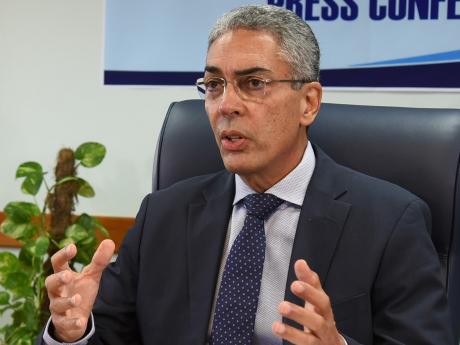 As the economy continues to rebound from the impact of the coronavirus (COVID-19) pandemic, the Bank of Jamaica (BOJ) is projecting growth to remain within the seven to 10 per cent range for the fiscal year 2021/22, before moderating to between two and four per cent in 2022/23.

BOJ Governor, Richard Byles, said the positive outlook comes against the background of stronger-than-expected improvements from the effects of the pandemic on the economies of Jamaica's main trading partners – the United States, Canada, and the United Kingdom.

The key growth drivers are tourism and related sectors, he noted.

He said that the 14.2 per cent growth out-turn for the April to June 2021 quarter, as reported by the Statistical Institute of Jamaica (STATIN), represents “another in a series of improvements, relative to the previous quarter”.

Total value added for the January to March 2021 quarter declined by 6.7 per cent but was a significant improvement over the contraction of 18.4 per cent a year earlier.

Byles said the labour market continues to improve, with STATIN indicating an unemployment rate of 8.5 per cent as of July 2021.

This, he pointed out, was 4.1 percentage points lower than the corresponding out-turn in July 2020 when the economy was experiencing the early stages of the pandemic.

“Indeed, the country is just shy of pre-pandemic unemployment levels, with the rate at July 2021 standing just 0.7 percentage point above the rate in July 2019,” Mr. Byles told journalists.

He said, however, that notwithstanding the outlook, real growth has been significantly impacted by a temporary disruption to production at the JAMALCO bauxite and alumina plant in Clarendon, as well as recent adverse weather conditions.

“However, the Bank anticipates higher growth in the manufacturing, distribution, and the transport, storage, and communication sectors,” he added.

Byles said the risks to the growth forecast are “balanced”, noting that a faster pace can potentially result from a stronger rebound in tourism and related groups “given the pace of vaccination in source markets and the pent-up demand for travel that exists”.

The Governor said the main downside risk relates to the emergence of new COVID-19 variants and the accompanying measures to restrict transmission.

“If Jamaica's stringency measures are tightened and protracted, this could influence a slowdown in travel and disruptions in the production and distribution of goods,” he emphasised.

Byles noted, however, that the third COVID-19 wave in Jamaica “appears to be receding” and with it some of the Government-mandated restrictions.

“These developments should support increased economic activity, which already is showing some strong positive signals in the form of rising employment levels, buoyant inflows into the foreign exchange market, and strong reserves,” he said.