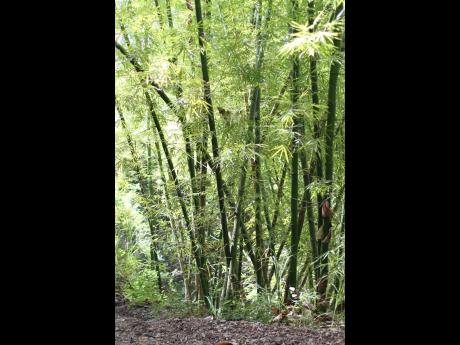 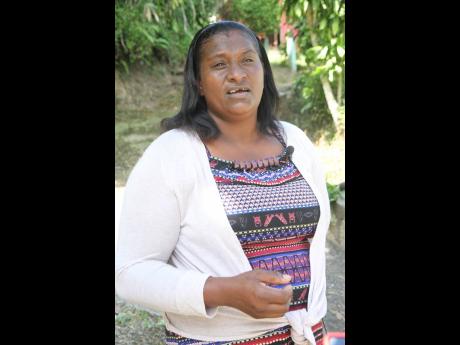 Charmaine Gopaul of Brandon Hill hopes persons will be able to gain an income from bamboo. 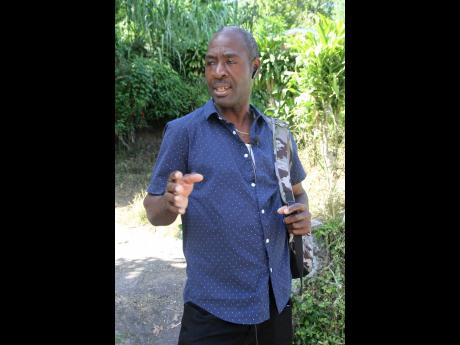 Nathaniel Stewart
Anthony Hamilton of Brandon Hill, Clarendon shares that bamboo can be found in abundance in the area.
1
2
3

RESIDENTS OF Brandon Hill in Northern Clarendon have expressed the desire to capitalise on the numerous bamboo plants growing in their community.

Anthony Hamilton shares that, at one point, residents got excited as they heard about a market that had opened up in China and agents would be visiting their community to buy bamboo. He said some of the residents cut the plants and laid them out at the roadside with the expectation of sale, but it only resulted in the plants rotting.

Highlighting the struggle to send children to school as a result of the financial constraints, he said having a viable bamboo project could make a huge difference.

Charmaine Gopaul, who moved from Milk River in the parish to live in Brandon Hill, said her husband and herself, whose crops include pear and mango, said bamboo can be used to make several items, such as fencing, bench, and furniture. She said it would be great to have an organised group in the community so they can capitalise on it.

“We would love to have someone capitalise on the resources that can be gained from the bamboo, which can be an income earner for residents in Brandon Hill,” she shared.

Councillor for the Division Anthony O’Connor, in responding to their cries, shared with The Gleaner that, while he hears their cry and would welcome exploring the possibility, it is not as simplistic as it appears.

Pointing out that a lot of studies need to be done before exploring such a venture, he highlighted the danger the community faces with heavy rainfall.

“The area is known for a lot of landslides, especially when we come into the rainy season. What I will do, I will move immediately to get in touch with the National Environment and Planning Agency and other agencies, as it relates to the removing of bamboos,” he noted.

Acknowledging that there may be areas where bamboos can be removed, he said a project such of this nature is currently in Peckham, the available quantity would have to explored to see if it is viable.

“So it is something that I will approach the various stakeholders to deal with the technicality and then we can have a community meeting organised by the SDC and other local people,” he shared.

Damion Young, who was instrumental in the Peckham Bamboo Project, said the potential for bamboo processing in Jamaica is still significant.

Young, who prides himself on being a community developer and activist, and seeking to position communities to become economically advanced through taking the natural resources to create consumable potentials, said he has been exploring the opportunities to be derived from Bamboo in Manchester. As such, he informed that he has now set up a processing facility to use bamboo to make craft.

Commenting on the Peckham project, he said of the young persons who were actually trained at C Palmer School of Hope in Peckham they had thought to look at aspects of the project there to see if they could replicate it. However, that project fell into a state of dormancy.

“I’m now in discussion with stakeholders to see how it can be resuscitated,” he noted.