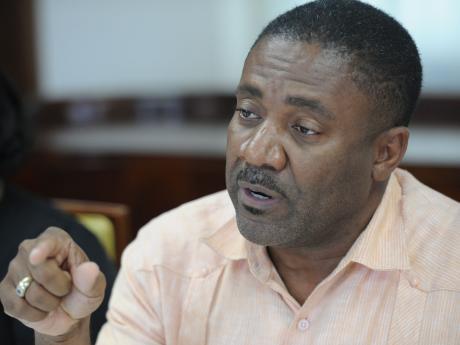 Paulwell: “Urgent steps must be taken to terminate the existing management team and replace it with professional management who will protect Jamaica's best in this vital industry.” - File photo.

The Opposition is calling for the Integrity Commission and the Major Organised Crime & Anti-Corruption Agency (MOCA) to launch an independent investigation into the controversial Clarendon Alumina Production (CAP) contract issue.

Reports suggest that board chairman Norman Reid has resigned in protest, allegedly against the renewal of a contract with an overseas company, CCPA Capital Partners, valued at several million dollars, with the contract being renewed every six months over a two-year period.

The contract controversy comes just over a year after the Government granted CAP a US$136.7 million loan to help the company pay off some of its debts and improve its equity value.

The Opposition says the Integrity Commission and MOCA, as part of a probe, must immediately sequester all files, computers and mobile phones of the chief operators to ensure that the investigation is not thwarted by persons who remain in place.

According to the opposition, the continued flow of corruption information from CAP is indicative of widespread malfeasance, particularly as it relates to procurement, contract administration and the fiduciary responsibility of the Board of Directors.

The Opposition says while it agrees with the dissolution of the board, that alone is insufficient to address the breach of duty and misuse of public funds by the board and management which was supervised by Portfolio Minister Robert Montague.

“Urgent steps must be taken to terminate the existing management team and replace it with professional management who will protect Jamaica's best in this vital industry,” charged Spokesperson on Energy and Mining, Phillip Paulwell.

The Opposition says Prime Minister Andrew Holness has a duty of care to Jamaicans in the protection of their taxes, revenues and assets, and he cannot fail to act.

Paulwell says he will table a number of questions in tomorrow's sitting of the House of Representatives as the Opposition is determined to ensure accountability and transparency.