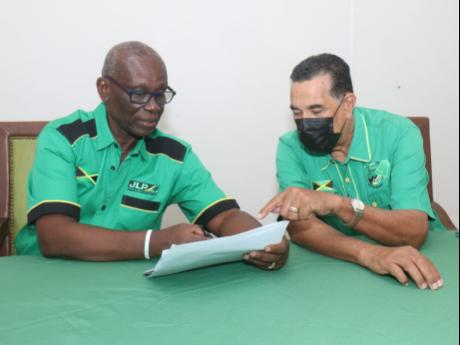 WESTERN BUREAU:
The Jamaica Labour Party (JLP) says special focus will be placed on Westmoreland at its 78th Anniversary Conference which is scheduled for Sunday, November 28 at the National Indoor Sports Centre in Kingston.

Speaking at a press conference in Trelawny this morning, JLP deputy leader Desmond McKenzie said the party will show its respect to the people of Westmoreland for sweeping all three seats in the 2020 election.

"It's a parish where the MPs are relatively new, so the focus will be in Westmoreland to highlight the new members of parliament and to give the kind of support and respect to the people of Westmoreland that they gave to the Jamaica Labour Party in the last general election," said McKenzie.

According to McKenzie, who is also chair of the party's 78th annual conference, some 500 delegates from across the island will be facilitated remotely at 10 satellite locations.

The conference will be held under the theme, 'Building Back Stronger'.

McKenzie says the party will conduct its first interactive digital political conference in Jamaica and that it will show the country the steps that are being taken in the COVID-19 recovery.