An apology is not enough, rogue officers must go 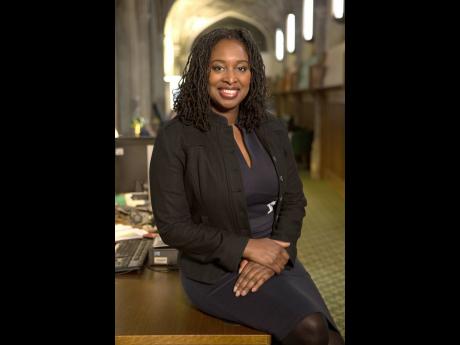 If now is not the time to admit that there is something very rotten at the core of the police, then when will it be?

PC Deniz Jaffer and PC Jamie Lewis admitted to distributing the images on a group of more than 40 officers.

This case is disgusting and horrifying, and serves as a devastatingly painful reminder of just how much black lives, and women, do not matter to some.

The week prior, the murderer was sentenced for these horrific killings. The family should have been allowed to grieve, but they had the additional pain of knowing what these police officers did. Some have said, at least they pleaded guilty. Mina Smallman, the mother of the women, has said that the officers’ behaviour was the “last straw” that broke them.

The Independent Office for Police Conduct (IOPC) will be investigating other incidents from this WhatsApp group, but we must ask ourselves that if it is not the system that stops people from reporting things like this, then it must be a bunch of twisted and sick individuals together.

These two beautiful sisters were not respected or treated as human beings. What other material have those officers received? As I suspect, this wasn’t their first offence. Just think about it: these officers felt so emboldened that one superimposed their face into the crime scene of two brutally murdered women.

Smallman has spoken out and stayed strong for a reason, and that reason is change. Bibaa and Nicole’s deaths will be the catalyst for change. We need a new social contract between the police and citizens to ensure we are treated as human beings in life – and in death.

And if the police want to build trust, then dismiss the officers who think a police badge gives them permission to treat people as less than human. Too often, those at the very top of the police service seem to understand that their priority is to protect the police, not the public. It is time us citizens are their priority. And if it means clearing out rogue police officers, then so be it.

The IOPC also found the Met failed to follow its missing-persons policies and encouraged the Met to apologise to the sisters’ mother, Mina Smallman, and family.

But Smallman rightly said that ‘sorry’ doesn’t cut it and the time for apologies is over. I agree with her – now it’s time for action.

I remember my phone call with Smallman when Sarah Everard was killed. She said to me, “Oh no, not again, another family will suffer like we have suffered.” She wasn’t just referring to the murder, but to the inhumanity of the police officers; not just the one who killed her, but the one who posted an inappropriate image on a WhatsApp group.

This isn’t anti-police; this is making the police service work for everyone. If we are going to build trust in the police it needs to be built from actions, not words. And we are not even hearing the words needed, and so it gives us little hope that we will get the action that is most desperately required.

There is a lot of pain in the black community, where we are over-policed and under-protected. There is a lot of pain (among female victims) and violence against women and girls seem like less of a priority. Smallman is a powerful voice for change, while living through the most unbearable pain that anyone can imagine. She fights so others don’t have to feel the pain that she has felt. No matter who you are, if we want to see safer streets in London and elsewhere, we must work together towards it.

We must address the culture of policing in the UK, and ensure that lessons are learned to see to it this never happens again. That must mean addressing the concerning fact that more than half of Met police officers found guilty, over a four-year period to 2020, of sexual misconduct kept their jobs.

And it means tackling the epidemic of violence against women and girls in society, which must be urgently addressed by governments around the world.

Recent incidents involving the police have only underlined my view that we need systemic and structural change of the police.

I’m willing to do my part in that process to clean up policing; I have a good relationship with my local police in Brent. Now, I call on Met Commissioner Cressida Dick and the whole police service to do their part, too.

Dawn Butler is Labour member of parliament for Brent Central and writes a monthly column for The Weekly Gleaner.