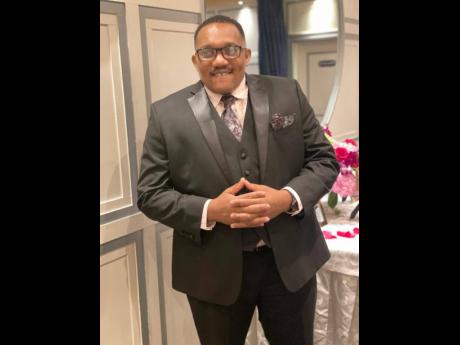 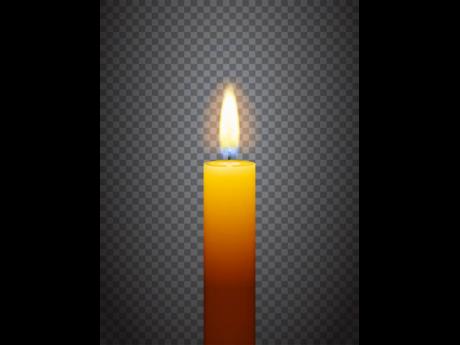 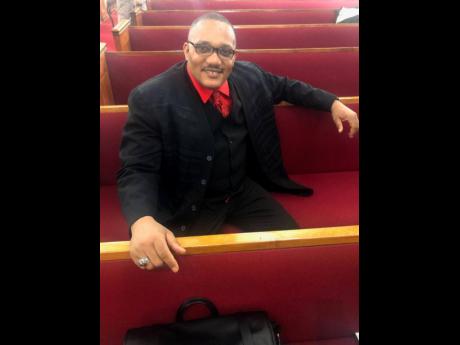 Contributed
Anthony Mills speaks of his love for the Lord.
1
2
3

“For by grace are ye saved through faith; and that not of yourselves: it is the gift of God: Not of works, lest any man should boast”

HIS DREAM was always to become a movie star who would travel the world and live the life of the rich and famous.

But every aspiration he had outside of the will of God was short-lived; leaving him in misery and his life void of meaning.

The former actor in the popular Jamaican production, ‘Lime Tree Lane’, said he had a calling on his life, but could not see it.

He remained blinded even after he migrated to the United States of America and faced death’s door many times as a member of the New York Police Department and the US Military.

Now the associate pastor of the Valley Stream Baptist Church in New York, USA, gospel recording artiste and a senior non-commissioned officer of the military, Anthony Mills, believes everything he experienced was preparing him for the road he currently travels.

“I grew up in St Ann and left there at the age of 17 to Kingston to attend the Edna Manley School of the Visual and Performing Arts for the bachelor’s programme in theatre arts programme. I was active in drama in high school and it was from there I knew I wanted to be a movie star.”

Following the successful completion of his degree programme, Mills entered the world of film production, living the life he thought he was destined for before becoming an educator of dramatic literature at two popular high schools.

But the entertainment industry would have caused Mills to stray from the Christian teachings he held from the age of 12, when he gave his life to God.

“My father didn’t go to church but he made sure we (siblings) all went to church. My grandmother was there and I believe that is where the biblical principles were instilled in me. But I stepped off course,” he told Family and Religion.

He added: “I did things that dishonoured God, had all the girls, was all over the place travelling the world. There was the money, the fame everything. But I was miserable, everywhere I lived in Jamaica, there was a church next door and I didn’t read the signs, though I had this emptiness inside.”

This misery Mills said he experienced was what proved to him that there was more for him to do on this earth.

But it wasn’t until a casual day while driving to work as a then commissioned officer in the military that he had an awakening and his life changed forever.

“I was heading in at around 4:30 a.m., and let me say that though I wasn’t as connected to God, I was still going to church. I was playing some gospel music and while the music was playing, I began crying out to the Lord asking Him why he has forsaken me. In the stillness I heard ‘I haven’t forsaken you, you turned your back on me’...” he said.

Mills said it was at that moment 16 years ago that he turned his life completely and wholeheartedly over to the Lord.

“I believe that shift was God’s way of shaping me for this moment. There are a lot of things we don’t understand and we have to allow God to work in us. I believe everyone came on this earth for a purpose and we are not going to leave until that purpose is fulfilled. I can now see things I couldn’t because I have biblical knowledge.”

In 2009, Mills became an ordained minister in New York, and later in 2011 completed his master’s degree in evangelism at the Liberty University in Virginia.

“If you have the indwelling of the Holy Spirit, it doesn’t matter where you are, you will have to step away ... All those years when I wasn’t doing what I was supposed to do, that’s why I was feeling the emptiness. The Holy Spirit heals and makes better ... That’s why we should not condemn people because we ‘sin less’ does not mean we are sinless. We are as filthy rags, but God can wash us and make us clean and use us for His glory.”

The pastor said he needs no other confirmation that he is where God wants him to be.

“...Some people wait for this big moment, but for me, Christianity is a lifestyle ... My life in military is a ministry for me. When I can, through God, touch the life of a soldier with an encouraging word, those are the highlights of my ministry and I will continue to use that for His glory.” He said his wish is that people will know God and develop their own relationship with Him.

“ ... I could have died but God’s grace and mercy kept me. I want people to get a knowledge of Jesus Christ. How you show up in this world is what matters and if we stand on the word of God, we can do anything in his world.”

He added: “I don’t want people to just take what I say, I want them search the scripture for themselves and if you don’t agree with certain things, come let us reason it out because iron sharpeneth iron. God’s work is complete and we have to live by His principles - biblical instructions... .”

The preacher said his life is blessed because God has put him in a position to be a blessing to others.