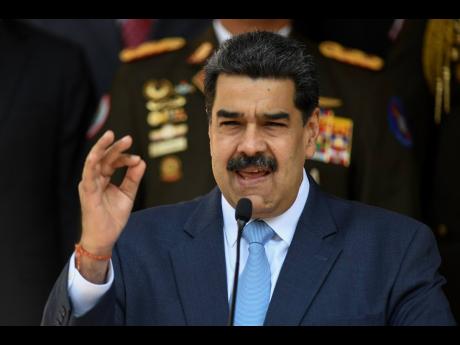 CMC – An investigation has been launched following the discovery of just over one pound of cocaine in five sealed brown envelopes with Christmas cards at a post office in Georgetown on Friday.

The police report that the cocaine-filled cards were destined for Brooklyn, New York.

In a statement, the Customs Anti Narcotics Unit (CANU) said the cocaine carried a total weight of 647.6. grams with an estimated street value of GUY$3.4 million (one Guyana dollar = US$0.004 cents).

There have been no arrests, but the investigations are still ongoing as, according to CANU officials, they are still trying to track down the sender.

CMC – Five years after the death of Fidel Castro, the president of Venezuela, Nicolas Maduro, made a surprise appearance to Cuba on Thursday for the inauguration of the Fidel Castro Ruz Centre, which preserves the late president’s writings.

Maduro, who had not travelled to Cuba since December 2019, accompanied his Cuban counterpart Miguel Diaz-Canel at the ceremony, which was broadcast by state television.

The Fidel Castro Ruz Centre is the first and only Cuban building to carry his name.

A law, passed a month after his death in 2016, bans the naming of institutions, squares, parks, roads or other public places after the former president and Communist Party leader.

Also banned, following Castro’s wishes, is the erection of monuments, busts, statues or plaques in his name or image – though this has not prevented the proliferation of murals and placards honouring the late leader on the streets of Havana.

Castro fell ill in 2006 and handed power to his brother and fellow revolutionary fighter Raul.

Castro led the revolution that ousted dictator Fulgencio Batista in 1959 and is credited with creating Cuba’s social welfare system, which provides healthcare and education for all.

Cuban President Miguel Diaz-Canel, who took over from Raul Castro in 2018, tweeted that Fidel Castro’s office at the seat of government – the Palace of the Revolution – “is as he left it on his last day there”.

This follows more than a week of unrest on the nearby French island of Guadeloupe.

Concerning the journalists – four were shot at by men on a motorbike as they worked at Fort-de-France, but none were injured.

French government spokesman Gabriel Attal said the unrest was “totally unacceptable” and promised that the rioters will be “dealt with”.

The protests on Guadeloupe were started by hardline opponents of compulsory COVID-19 vaccination for health workers and firefighters on the island – a measure already implemented in mainland France.