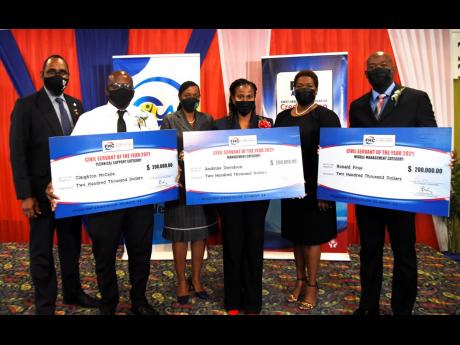 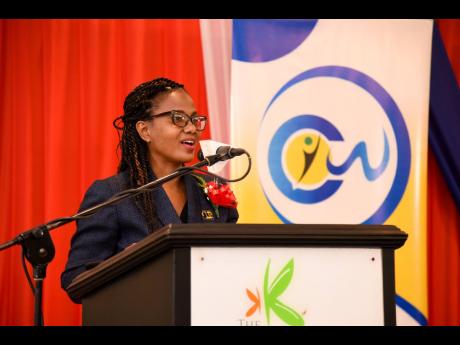 Since its inception in 2004, FHC has bestowed awards on professionals at all levels to commemorate their hard work and dedication.

After restructuring the event in 2019 to allow for more than one awardee to be recognised, FHC created three categories of winners – technical support, middle management, and management.

Each winner who emerged from 10 short-listed nominees received a cash prize of $200,000, as well as a plaque and citation.

An additional $150,000 will be donated by FHC towards a community project of choice of the three winners.

Claighton McCalla, a driver at the Clarendon Health Department of the Southern Regional Health Authority and winner of the technical support category, was recognised for his work and dedication to the staff during the initial onset of the COVID-19 pandemic.

‘HARD’ AT THE TIME

“It was hard,” he told The Gleaner on Friday, “because the coronavirus was unknown to everyone in the medical field at the time, leaving many people scared, anxious, and nervous about the fatality of the virus.

Despite these challenges, McCalla declared, “It’s a great feeling,” explaining that he felt deserving of the recognition, particularly because of his work ethic and approach to any issues that may arise, earning him praises from his colleagues.

Ronald Frue, senior systems administrator at the Administrator General’s Department, was declared the winner for the middle management category.

Andrine Davidson, winner of the management category, the only female recognised, shared in the momentous occasion her gratitude for the nomination and highlights of the work that she has done, which, she said, was never for the money.

In her acceptance speech on behalf of her fellow awardees, Davidson, who is the special projects manager at the Jamaica Information Service, said of herself and fellow civil servants, “We work honestly and with integrity, and we are confident that we represent that vast majority of the public service of Jamaica, who work hard with dignity and with pride.”

This, she explained, is why many civil servants wake up every morning and work every day across the island to serve the Jamaican people.

As civil servants are not often highlighted in Jamaica, with some Jamaicans tending to complain about the service offered from various public-sector organisations, McCalla encourages citizens to be more understanding and compassionate towards workers, as most times “we come under tremendous pressures”, he said.

“Even with COVID, it becomes worse; so sometimes we are overworked and we might not deliver as much as we should.” However, he urged persons to “bear with us” as he and his fellow colleagues in the public sector are always trying their best to deliver the quality service he said the public is deserving of.

Roxann Linton, chief executive officer of the FHC, said it is always a pleasure for her and her team to celebrate the achievement of civil servants and Jamaicans, especially those persons whose hard work have contributed to Jamaica being a better place.

“We at FHC are delighted to host this event to recognise, to reward, and to celebrate with our nominees and awardees,” as this occasion, she said, will undoubtedly provide an opportunity for awardees to bring back positivity to their respective organisations.

“There is no greater service than service to [one’s] country, and our nominees have showcased gallantry, received recognition from their peers, and have played a critical role in their organisation’s advancement,” said Linton.