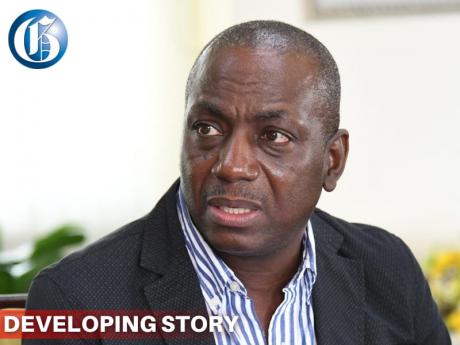 Gordon: We have taken action to hold some people accountable.

The National Solid Waste Management Authority (NSWMA) has called in the Major Organised Crime and Anti-Corruption Agency (MOCA) to probe what it calls glaring concerns at the public cleansing agency.

It is believed that the matter involves millions of dollars.

At the same time, three people including a senior employee, have been separated from the agency.

Another is now the subject of an internal disciplinary hearing.

NSWMA board chairman Dennis Chung confirmed that the matter was among issues discussed at the authority's board retreat now under way at the Pegasus Hotel in New Kingston.

However, Chung did not provide details saying further information will be released at a press conference slated for this afternoon at the conclusion of the retreat.

In the meantime, it is understood that the system breaches were detected though a new audit software implemented at the NSWMA.

Executive director Audley Gordon said the agency is serious about  its integrity.

“We have taken action to hold some people accountable,” Gordon told The Gleaner a short while ago.

In the past two decades, the NSWMA has been rocked by a series of scandals.

It has also been the subject of external audits and investigations that have found the entity wanting.