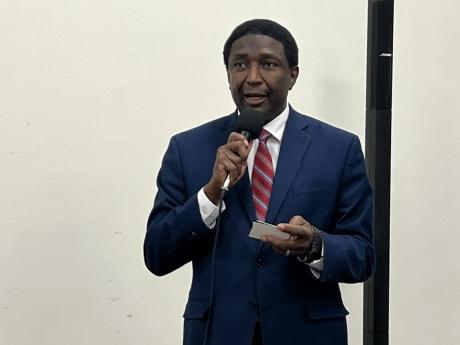 In the lawsuit filed Monday, Holness is claiming that Sheila Cherfilus-McCormick, who won the US House District 20 primary, is ineligible to hold office.- Contributed photo.

In the lawsuit filed Monday, Holness is claiming that Sheila Cherfilus-McCormick, who won the US House District 20 primary, is ineligible to hold office.

The suit claims Cherfilus-McCormick failed to file required financial disclosure reports and alleges that she offered money to secure votes through her proposed "People's Prosperity Plan", which promised to give adults making less than $75,000 per year a $1,000 monthly payment.

"Cherfilus-McCormick knew this promise was a gimmick designed only to motivate people to vote for her," Holness claimed in his lawsuit.

Holness is also claiming that there were issues with overseas military ballots that were rejected.

In addition to Cherfilus-McCormick, the suit names Broward Supervisor of Elections Joe Scott, the Broward Canvassing Board, and the Elections Canvassing Commission as defendants.

Cherfilus-McCormick received 11,662 votes compared with 11,657 for Holness, according to the certification, which came two weeks after the November 2 special election primary.

She will be a heavy favourite to defeat the Republican nominee, businessman Jason Mariner, in the January 11 election as Democrats outnumber Republicans by a 4-to-1 margin in District 20, which covers portions of Broward and Palm Beach counties.

The seat had been occupied by Alcee Hastings, who spent 27 years in Congress before he died of cancer in April.

January's winner will serve the final year of the term and will have to seek reelection in November 2022.

Cherfilus-McCormick, 39, loaned her campaign more than $3.7 million and far outspent the other nine Democrats in the race.

She has spent more than a decade as CEO of Trinity Health Care Services, which provides in-home care.