FLA to recover millions in legal costs from court cases 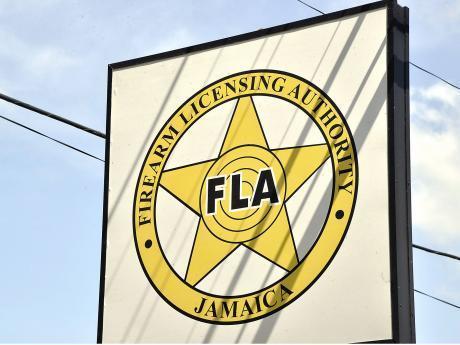 The FLA says it incurred millions in legal fees to defend the cases and therefore will use all efforts to recover expenses paid for legal representation. - File photo.

The Firearm Licensing Authority (FLA) says it is moving to recover millions in legal costs from applicants and firearm holders who lost cases filed against the authority to reverse decisions of its board.

The FLA says both the Supreme Court and the Court of Appeal have ruled that these individuals pay the legal costs of the authority.

The agency says the most recent decision came from the Court of Appeal in a case brought by Robert Ivey whose licences were revoked in 2017 after an extensive review and investigation by the FLA of persons of questionable character who had obtained firearm licences.

According to the FLA, it was identified that Ivey had acquired firearm licences although he had a previous conviction in a foreign state and was deported to Jamaica.

Furthermore, the Court of Appeal in its judgment stated that Ivey's decision to challenge the revocation of his licences by the FLA was misguided, according to the agency.

The FLA says it incurred millions in legal fees to defend the cases and therefore will use all efforts to recover expenses paid for legal representation.

The authority is arguing that the recent rulings of the court support the FLA's commitment to conducting fair, transparent and detailed investigations for all applicants and holders and validate the processes for denying or revoking licences.