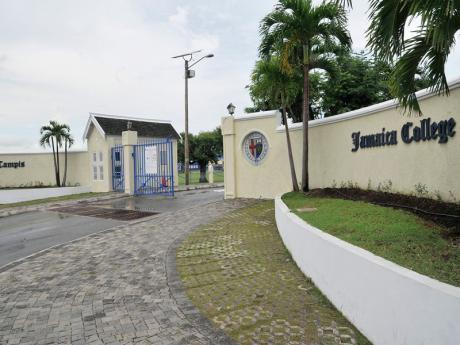 Earlier this week the JC leadership issued a cease-and-desist call to old boys Collin Greenland and Major Basil Jarrett claiming that their recent actions have been harmful and detrimental to Jamaica College.

The Jamaica College (JC) Old Boys' Association is pushing back at the leadership of the 232-year-old institution which has been critical of two of its members.

Earlier this week the JC leadership issued a cease-and-desist call to old boys Collin Greenland and Major Basil Jarrett claiming that their recent actions have been harmful and detrimental to Jamaica College.

But in a statement today, the JC Old Boys' Association said Greenland who is its treasurer and Jarrett, who is a former president, have been most loyal, dedicated and hardworking servants.

“We would like to make it abundantly clear that we reject these preposterous accusations,” read a section of the statement over the signature of first vice-president Chadwick Paul.

The association further said it stood firmly behind Greenland and Jarrett whom it maintained have consistently and faithfully defended, supported and promoted their alma mater.

Paul also reminded that the Old Boys' Association has a legal right to participate in all board meetings and deliberations, adding that the group takes a very dim view of any attempt to silence, bar or remove its voices from the discussions.

The association has complained that it was not a part of the board decisions in relation former principal Ruel Reid.

Reid, who is before the court on corruption charges resigned as principal on November 20 and was granted a settlement of $23.3 million dollars.

He had been on special leave with pay.

Meanwhile, in the cease-and-desist letter, the school's leadership had said it will take all available actions against Jarrett and Greenland if they engage in any further behaviour that would be harmful and detrimental to Jamaica College.

“Such action will include full and public exposure of all the relevant facts to refute their untrue allegations, playing of tapes, disclosure of documents and legal action for defamation,” read a section of the statement from the JC leadership.