Women on a Mission provides a balm for abused victims 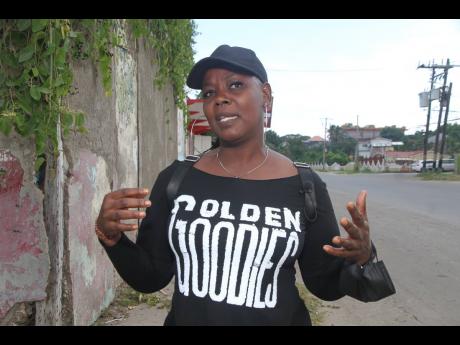 Nathaniel Stewart/Photographer
Marshalee Hinds Scott of Palmer’s Cross, Clarendon, shares her desire to help other women who are victims of abuse.

Community worker Marshalee Hinds Scott has one passion and that is making a difference in the lives of all those she comes in contact with. She is even more passionate about women who have been facing abuse in one form or another.

Scott, who hails from Palmer’s Cross in Clarendon, shared that after completing training with Children’s First as part of a spotlight initiative positive parenting programme where she was trained as a community facilitator, she met several women, and in sharing their stories, she realised there were so many who were, have been or are being abused.

It was this experience that saw her and her friend Samantha Hassock deciding to form the group Women on a Mission as a means to offer support to them.

“We found out that there were quite a lot of problems because sitting in a room with 10 parents and having eight of 10 women either being molested or abused physically, verbally or sexually more than once, twice, some on a continuous basis, we found out that there was a need and there was a lack of interest in what was going on,” she shared about the need to tackle the problem head-on.

Just a few months since its formation, Scott is already looking at making the initiative more impactful as she has already reached out to a representative from the 4-H Club in the parish to assist and train the ladies to make household items that can be sold and become an income earner for them.

Sharing on some of the women who are part of the group, she said some have been abused from their childhood days, while others are still in abusive relationships, but have not had the strength or are too afraid to walk away.

“For others, it’s a nightmare because the drama never really ends, it’s a struggle for them to take care of their kids and continue to deal with the trauma of abuse,” she shared, as she notes that the group provides a space where they can vent as they don’t want to get their children involved, so when they come to the group, they pour out their hearts with other members seeking avenues of assistance for them, to let them know they are not alone.

Abuse is something that is not alien to Scott herself as she said knows exactly where they are coming from.

“I was molested also, so it kind of resonates with me and I know what they are going through. It makes a difference when I open up to them, cause they say ‘hey, if you are here and you are the one teaching these sessions and you were where we are now, then we probably can get over it’,” Scott points out.

Reflecting on her path to healing, she said the hardest thing is to forgive the abuser and moving on, as she was abused by a family member twice. She said she discovered that forgiving actually made her stronger so she holds her head high and is no longer afraid.

Scott, who is also the president for the Russell Lane Citizens’ Association, part of the farmers’ group and vice-president for the Palmer’s Cross CDC, said she has been involved in volunteering for as long as she can remember.