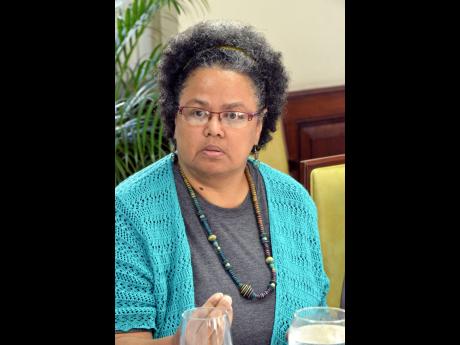 Barbados’ transition to a republic last week has reignited talks locally of removing Queen Elizabeth as Jamaica’s head of state after more than a quarter-century of dithering.

Among the laws currently being targeted for removal or amendments are 18 pieces of legislation more than a century old enacted during British colonialism, the oldest being the 178-year-old Towns and Communities Act and the 125-year-old Quit Rents Act the most recent.

“The list is just a start and does not represent the totality of the project,” Nadine Wilkins, acting director of legal reform in the Law Reform Department of the Ministry of Justice, told The Sunday Gleaner.

She noted that there are scores of other pieces of legislation at various stages of review.

Like others before him, Justice Minister Delroy Chuck has bemoaned the snail’s pace at which some laws are amended.

“There are a huge number of laws on the books that need updating,” he admitted to The Sunday Gleaner. “Many of them go back centuries.”

He noted that laws are driven by policies, but said that there was a general malaise for policy-driven laws.

A shortage of draughtsmen in the system – caused by a number of factors, including unattractive salaries – is also posing a challenge.

The Town and Communities Act makes stipulations for public order, including the handling of animals on the roads and other public places. It also prohibits actions that may cause nuisance in public spaces such as deliberately lighting fires to burn garbage or wood; littering, and keeping of pigsties.

Although elements of the provisions are captured in legislation such as the Town and Country Planning Act of 1958, the 1843 law still remains.

Glenroy Murray, a tutor in constitutional and criminal law at The University of the West Indies, Mona, is befuddled by the situation.

“This is basically the Road Traffic Act before there were cars … . That is not to say there are not certain things in the Towns and Communities Act that aren’t still important. I wouldn’t even suggest that because there are still people in certain parts of the country who still have cattle and should not use them to obstruct thoroughfares,” he said of one specifications of the 1843 law.

Murray calls the law “coloured”, having been enacted after Emancipation in 1838. Its penalties range from $4 to $1,200.

He said that it was clear that some things used to happen and whatever is useful can be transformed.

“Some of what it criminalises also kind of reflect certain attitudes about people who were poor and homeless. I would go as far as saying that a lot of the provisions are what a lot of legal scholars call vagrancy laws. They emerged in the post-Emancipation era to manage where black people were. So it’s like what do you do to these large numbers of black, poor people walking around seeking to eke out an existence for themselves. How do you make sure that they are not loitering around our shops? Essentially, it’s designed to make sure they stay in their place,” argued Murray.

He highlighted what he viewed to be subjective provisions of sanctions to someone playing games in a particular area and the requirement that one can be sanctioned by a credible person, if not a constable.

“So yes, this piece of legislation is definitely coloured by the fact that it came out of that post-Emancipation era and is reflective of a number of others that existed across the Caribbean,” he explained.

The Town and Communities Act criminalises someone found drunk on the roadway as well as those higglering on downtown streets, the latter being a particular sore point for decades among business operators, who express frustration that government agencies have not been doing enough to tackle vending anarchy.

“I believe it is a failure of successive administrations that they (old laws) still remain. These are laws that two short sessions of Parliament can end,” Murray argued.

The swiftness with which the system can operate was on full display last month as legislators rushed through passage of a bill which had been languishing for years in a face-saving effort to protect itself from having to refund millions of dollars collected from motorists for road traffic offences improperly enforced.

Former Justice Minister Mark Golding said that laws are typically updated when issues arise and a response is needed.

“That would result in new laws being drafted or amendments to an old law. As a general exercise, the challenge has been that the Law Reform Department in the Ministry of Justice just does not have the resources work on a wholesale major exercise to cull laws that are no longer needed,” he told The Sunday Gleaner.

During his tenure, Golding said that he focused on outdated penalties in “out-of-date laws”. A new law was being contemplated to address the issue for the automatic update to monetary penalties in any existing law year to year.

Murray believes updates should be automatic and systematic, and wants to see stronger environmental protection, human rights and anti-discrimination legislation among those amended or enacted during the reform process, suggesting that law students could be engaged in efforts to support modernisation.

Admitting that she was speaking without notice, civil society advocate Susan Goffe said that the need to repeal the death penalty immediately came to mind.

“I would abolish the death penalty,” she said, adding that she does not believe it will be used again as it does not have a place in a modern society.

The mandatory death sentence was commuted in 2004, when the Privy Council – Jamaica’s final appellate Court – in the case of Lambert Watson v The Queen, ruled that mandatory death sentence was an inhuman and degrading punishment. This led to a repeal of the Offences Against the Person Act in October that year. Death sentences were now the sole discretion of judges. Only recently, the Office of the Director of Public Prosecutions was granted powers of appeal and signalled its intention to make use of the provision.

The Access to Information Act also makes provision for the release of certain categories of information to the public, but officials often hide behind a provision to deny requests, sometimes without satisfactory reasons.

Goffe would also remove criminal penalties for abortion, but was clear that these were not exhaustive.

Children rights campaigner Betty Ann Blaine noted that the review process has provided new laws such as those giving effect to the Ananda Alert missing children trigger system, named after 11-year-old Ananda Dean who was abducted and killed in 2008, it was almost time for updates in keeping with the evolution of society and how it treats children.

“The review and reform process provided us with the Ananda Alert, so we have benefited,” she told The Sunday Gleaner.