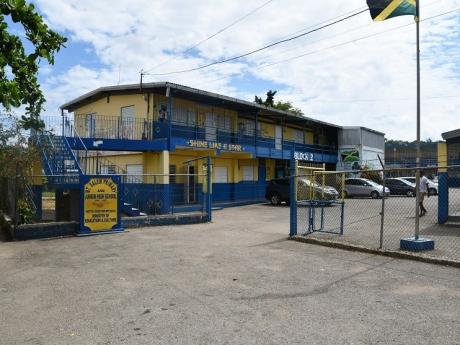 The rehabilitation work at the school is in the region of $300 million and is being funded by the Caribbean Development Bank.

Work is being done on one of the main buildings of the institution which was condemned in 2019, due to deterioration of its upper flooring.

“We started that work in November, so it's still early days, the contractor might be about 10 or 15 percent [complete]. We had completed the procurement for the new equipment for the school, so we have that in storage, and we are waiting on the contractor now to complete the work [to] rehabilitate the structure…We are now retrofitting the structure and strengthening it to meet the current building codes and then we will be able to put the new equipment in there and then the school should return to its full functional capability,” Sweeney told JIS News.

He noted that fortunately, damage to the structure was not as severe and did not require a full demolition of the building.

“When we did our engineering investigation on it, our structural engineer pointed out that the foundation and some of the structural components were sound and so what we are doing is a very surgical improvement of the structure and then all should be well,” he said.

The rehabilitation forms part of the build phase of the Zone of Special Operations (ZOSO) which was in place in the Mount Salem community periodically, since September 2017.

Rehabilitation of the Mount Salem Police Station which was completed earlier this year also formed part of the build phase of the ZOSO.