RADA board can still have legitimate meetings - Barnett 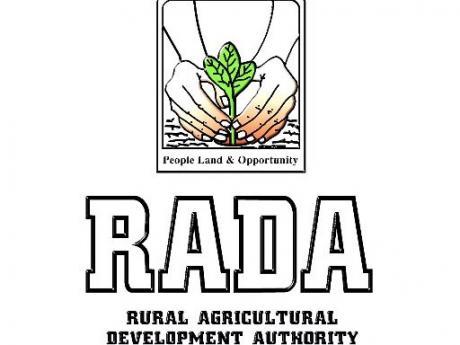 Barnett: “Until they have resigned or been dismissed, they still form part of the board and therefore they can form the quorum. The legal position is if you’re a member, you’re a member."

Constitutional lawyer, Dr Lloyd Barnett, says the remaining members of the board of the Rural Agricultural Development Authority (RADA) can legally hold meetings even as they refuse to submit resignations demanded by the responsible minister.

Agriculture Minister Audley Shaw requested the resignation of the 13-member board on November 19.

However, the chairman, Andrew Simpson, said last week that he and six others have not complied and want clarity on the "sudden request" he said came a month after the minister expressed confidence in the board.

The RADA Act says the minimum number to constitute a meeting is five and Barnett said Simpson and the others can have meetings.

“Until they have resigned or been dismissed, they still form part of the board and therefore they can form the quorum. The legal position is if you're a member, you're a member,” Barnett said.

But he said the minister does have the legal authority to revoke board appointments.

The RADA Act states that the responsible minister can revoke the appointment of any board member at any time "if he thinks it expedient so to do".

So far, Shaw has not exercised that option and questions submitted to his permanent secretary Dermon Spence last week Wednesday for an update remain unanswered.

Barnett said the request for the resignation is usually a courtesy extended by ministers instead of outright dismissal.

He said the current situation involving the RADA board may be unprecedented.

There are questions about Shaw's timing and the motive given that at the October meeting with the board, he reportedly did not express any concern that he was dissatisfied with the direction of RADA.

Between that meeting on October 14 and when Shaw requested the members' resignation, the board held a meeting on November 11, which turned out to be contentious and ended abruptly.

At the meeting, the acting chief executive officer, Marina Young, was reportedly heavily criticised for allegedly disregarding the board's opinion on a controversial $50-million contract.

Although the board does not play a role in procurement, on learning of the troubles, it suggested at the October 14 meeting that Young gets advice from the Attorney General's Department or retender the contract for the supply of six tractors, which has been questioned after the first preferred bidder was replaced.

Young told the November meeting that RADA would not re-tender the contract, that the AG's office was not approached and that the contract would be issued to Kingston Industrial Agencies (KIA).

RADA had advised Machinery and Parts Exports (MAPEX) on June 28 that the company was the preferred supplier.

However, the authority wrote back on August 5 indicating that following a re-evaluation, another company, Kingston Industrial Agencies, was the selected contractor.

According to RADA, the two companies ended with the same score and it decided on KIA because it had the lowest bid of $49.7 million.

MAPEX has threatened legal action, levelling several accusations at RADA including a claim that the entity unlawfully disclosed information about its bid to KIA, a claim rejected by the state agency.

After KIA was advised that it was not selected, it lodged a complaint to RADA, claiming that tractors supplied by the companies were "equal in comparison".

KIA's managing director is Phillip Henriques, who is the Jamaica Labour Party Member of Parliament for Clarendon North Western.

The company says it has received its purchase orders and is sourcing the vehicles.

The RADA board has raised serious concerns about the management of the agency, which is the primary entity used by the government to provide support such as technical advice to farmers.

The management's approach to the implementation of the farm road programme, including monitoring of construction to ensure accountability as well as the tractor contract issue are among some of the key concerns.