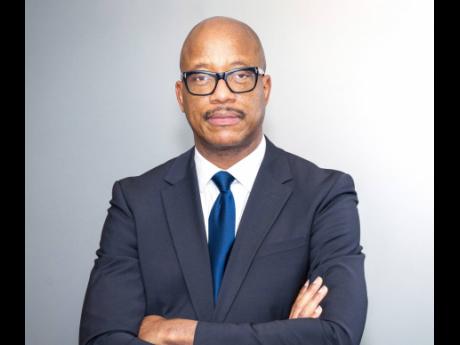 Professor Kevin Fenton, the London regional director for Public Health England, has been honoured with a Commander of the British Empire (CBE) by the Queen. He was among a list of over 1,000 persons to be awarded by the monarch when the New Year Honours List was announced on December 31.

Jamaica-educated Fenton is recognised for his role in orchestrating the London region response to the COVID-19 pandemic, after he was appointed PHE regional director in April 2020. He helped to deliver the region’s successful programmes of COVID testing, contract tracing and the vaccine roll-out.

In responding to news of the Queen’s honour, Fenton said: “I am honoured and humbled to receive such a prestigious award alongside other outstanding individuals.

“As we enter the third year of the COVID-19 pandemic response, I am continually inspired by the professionalism, resilience, and contributions of so many amazing colleagues who work relentlessly to keep us all safe and well.

“I am accepting this award on behalf of all the incredible public health and NHS teams I am privileged to lead and work with, in London and around the nation who are committed to improving health, tackling health inequalities, building resilient communities, and providing high-quality health and care services to all.

“They exemplify the best of public health and should be proud of all they have achieved.”

Born in Glasgow, Scotland, Fenton spent 15 years in Jamaica between the 1970s and ‘80s before he returned to England and became a senior lecturer on HIV, epidemiology, and honorary consultant epidemiologist at the NHS Communicable Disease Surveillance Centre.

He was the lead researcher on the second National Survey of Sexual Attitudes and Lifestyles in 2001, and in 2002, he became director of the centre’s Health Protection Agency HIV and Sexually Transmitted Infections Department.

He later moved on to join the Centres for Disease Control and Prevention in the United States in 2005 as director of the National Centre for HIV, STD, and TB Prevention, where he encouraged HIV-prevention work among African-American organisations.

After returning to the UK in 2012, he joined Public Health England where he guided several policies, including combatting tobacco use and obesity and promoting mental- and sexual-health issues.

He was appointed PHE’s London’s regional director in April 2020 at the peak of the coronavirus crisis. In addition to this main role, he was also tasked with looking into why the COVID-19 pandemic was disproportionately affecting people from black and Asian minority backgrounds in Britain.

In an interview with The Weekly Gleaner in November 2020 on the subject, Fenton said that one of the findings from the first wave of the pandemic was that many communities felt left behind, and it was these issues that had to be addressed.

He said: “We were moving so fast at the time that people felt they were not getting the messages that resonated with them. Some of the pillars of the community, faith leaders, and community organisations felt that they were not being engaged to help transmit the safeguard messages to the communities.

“The key finding of the PHE work was that we needed to do better to ensure, as we exit the various waves of the pandemic, we do a much better job of engaging and bring people along with us, both in terms of how we can deliver our programmes for COVID testing, contact tracing, and also how we do research to ensure communities are a part of it because that’s how we will get positive results.”

This is not the first accolade for Fenton since he has been at the forefront of the COVID-19 crisis in London. He has been featured twice on the annual Powerlist as one of the most influential black persons in the UK. In 2020, he placed second behind Formula One multi-time champion Lewis Hamilton, and last year, he was voted fifth in the top 10.