Chang outlines plans to beef up policing in Westmoreland 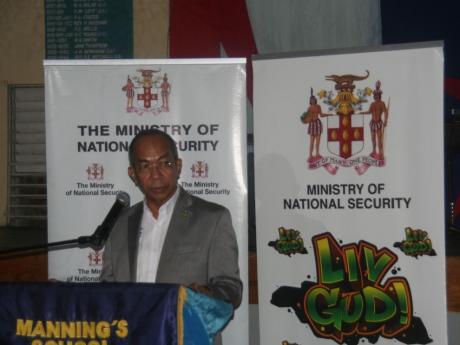 Having come under fire from residents in Westmoreland about rising crime, especially murders, Minister of National Security, Dr Horace Chang, has announced plans for improvements in personnel and infrastructure to tackle the issue.

Westmoreland has grabbed the spotlight in recent years with an increase in murders taking place in the parish, placing it in the top five parishes in Jamaica with the most homicides for 2021.

And so far in 2022, the parish has amassed seven murders, with three triple homicides and a single murder.

Residents across the parish have been calling for something to be done about the situation, with Chang deciding to meet 'face-to-face' with stakeholders about the situation on Thursday, January 13, at the Manning's High School auditorium.

He pointed out that there are four major gangs in the parish which are at the root of most of the crime problem, two of which are located in the parish capital, Savanna-la-mar.

In outlining the government's plans to the cries for a solution to crime in Westmoreland, the national security minister, who is also the Deputy Prime Minister, said there will be short, medium and long term responses to the problem.

“We [in the government] recognise the Westmoreland challenge, we are doing work and other things will be done. So far in the short term, we will be sending 47 police officers here, and we have since sent several special opps [operation] teams,” he noted.

“In addition to that, we have designed and it has gone to tender, to build a new police station headquarters in Llandilo….in addition to that I should be here within a few weeks to break ground for the Little London [police] station and we are also putting in a new station at Frome,” he stated.

Arguing that there is an increasing propensity by Jamaicans to use violence to settle disputes, he added that the new design and concept being developed for police stations to be built will present an atmosphere for more interaction between the police and community members.

Chang noted that Westmoreland will stand to benefit from other improvements being instituted nationally such as the digitisation of all police stations by the end of this financial year, and the provision of various equipment along with motor vehicles, among other things, aimed at building the capacity of the police.