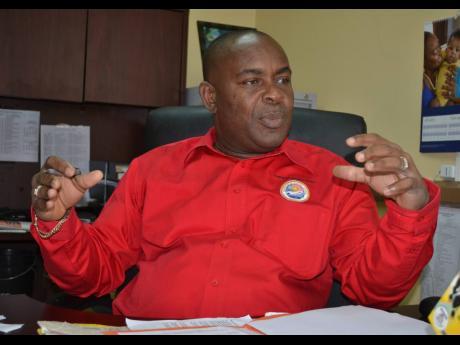 Mayor of Portmore Leon Thomas says the lack of council meetings is due to an outbreak of COVID-19.

The minority leader of the Portmore Municipal Corporation, Courtney Edwards, on Wednesday blasted councillors who failed to show up for the first general council meeting for the year, which forced a cancellation of the sitting.

Edwards also disclosed that no committee meetings have been held this month because of the absence of councillors.

Thomas told The Gleaner that the breakdown was a result of a COVID-19 outbreak among some staff members at the council's office and that some councillors were showing symptoms.

He said that as a matter of protocol, it was determined that it would be unwise for personnel and councillors to be interacting.

"I had to close the office to have it properly sanitised last week and this accounted for the breakdown in the committee meetings," Thomas told The Gleaner.

According to the mayor, some councillors were hoping to join the meeting remotely but were unable to do so due to unforeseen technical glitches.

"My absence was due to the passing of my sister and I had to be with grieving family members," Thomas disclosed, adding that the deputy mayor Alric Campbell was made aware and asked to deputise.

Thomas stressed that the lack of meetings was an unfortunate situation that in no way shows a lack of regard for Portmore residents.