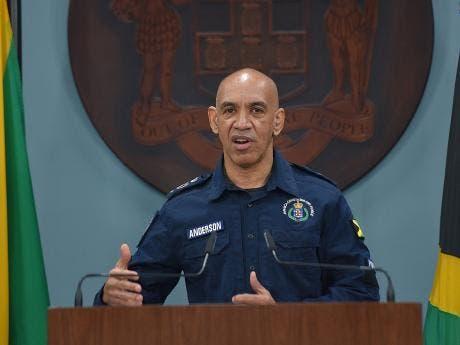 He's the second suspect in the case to have been nabbed in Jamaica on immigration charges.

Joseph and members of his family were reportedly arrested at a Warminster house around 8:30 Friday evening by members of the police's Counter-Terrorism & Organised Crime Unit.

The other key suspect, ex-Colombian military officer Mario Antonio Palacios, was deported from Jamaica on January 3 in keeping with an order by the Supreme Court here.

However, he was reportedly intercepted in Panama by United States law enforcement agents and taken to Florida where he was charged with various crimes related to Moïse's assassination.

Palacios was held in Jamaica in October and a deportation order was later issued, after which the Jamaican authorities got news that he was wanted in Haiti.

Addressing the issue at a press conference this morning, Anderson lauded the work of the country's security forces in intelligence gathering and the apprehension of fugitives.

Acknowledging the porous nature of the country's border, he stressed that the security forces have heightened operational activities which have resulted in the disruption of criminal activities.

He charged that this demonstrates that Jamaica is not a safe haven for fugitives.

He highlighted the longstanding issue of the drugs-for-gun trade between Jamaica and Haiti and said that the security forces are committed to breaking the back of the activity.

Jamaica is a key trans-shipment hub for drug smugglers because of its nodes of vulnerability and its more than 140 informal ports identified by the police.