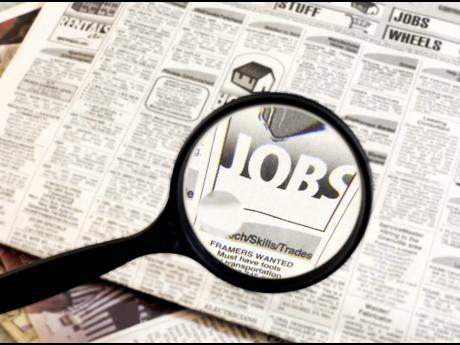 According to STATIN’s latest labour force survey released today, in October 2021, there were 1,234,800 employed persons in Jamaica. This was an increase of 6.6 per cent or 76,600 persons when compared to October 2020.

​​​​​​The Statistical Institute of Jamaica (STATIN) has found that more people now have jobs than just over a year ago.

According to STATIN's latest labour force survey released today, in October 2021, there were 1,234,800 employed persons in Jamaica.

At the same time, there were increases in employment across all age groups.

While most industries showed an increase in employment in October 2021, real estate and other business services recorded the largest, accounting for 23.1 per cent.

This was followed by arts, entertainment, recreation and other services which increased by 15.3 per cent and construction, which went up by 13.2 per cent.

“Overall, these three industries accounted for 68.7 per cent of the increase in employment,” said Coy.

Coy said for the third quarter of 2021 (July to September), the Jamaican economy continued to show signs of recovery from the impacts of COVID-19.

Increases were recorded in the services industries (up 7.1 per cent) and the good producing industries, up 2.4 per cent.

“This improvement is also evident in the 0.6 per cent increase in total value-added when we do a comparison with the previous quarter, that is April to June 2021,” Coy said.

She added that, while there was some relaxation of the COVID containment measures, including the reopening of the entertainment sector in July and the easing of international travel restrictions, growth was tempered by global and local supply chain disruptions; the impact of tropical storms, Grace and Ida, and measures such as the no-movements days in August and September 2021.

With regard to the services industries, Coy said the hotels and restaurants category recorded the highest increase in value-added at 114.6 per cent.

“This industry benefited from the reduction in global travel restrictions, which contributed to the 318.1 per cent increase in foreign national arrivals in the island,” she said.

The second highest services industries increase was in the transport, storage and communication which went up by 8.8 per cent.

However, under the goods-producing industries, mining declined by 29.7 per cent.

“The reduction in the production of alumina was mainly due to the major fire which occurred at the Jamaica Alumina Company plant in August 2021.”

At the same time, Coy said for the review period January to September 2021, earnings from exports went up 26.3 per cent to US$1.1 billion, while Jamaica's total spend on imports increased by 23.3 per cent.

She further noted that spending on imports has not yet returned to pre-pandemic levels.

In the corresponding 2019 period, imports were valued at approximately US$4.9 billion.