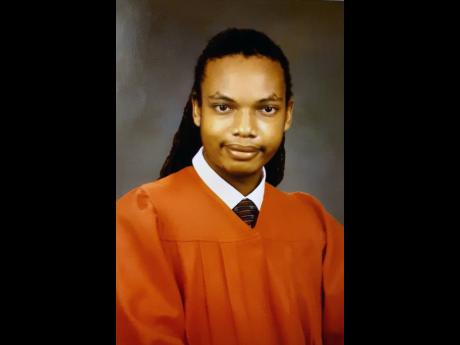 File
Campion College past student Amri Hanson is the recipient of a multimillion-Jamaican-dollar scholarship to the University of Massachusetts Amherst.

“I am delighted to let you know that you have been accepted to the University of Massachusetts Amherst for the spring 2022 semester. The admissions process was highly competitive, and students in this entering class are among the top performers in their communities, from across the United States and the world.”

The above is the first paragraph of the acceptance letter sent to Amri Hanson, a recent Campion College graduate, from Michael Drish, director of first-year admissions at the said university.

The letter says further: “At UMass Amherst, you will join in a diverse campus community of bright, bold and unconventional thinkers. We are proud of our tradition of excellence and we look forward to your contributions to our community.”

This is the same “bright”, “bold” and “unconventional” Amri Hanson whose story of excellence The Gleaner published on Friday, June 26, 2016, under the headline, ‘Genius in the making’.

The lead paragraph says, “You hear 12-year-old Amri Hanson speak about Einstein’s theory of general relativity and other scientific concepts that many adults will never comprehend and you wonder what manner of child he is.”

The story was essentially about Hanson’s brilliance, which earned him 98 per cent in the 2016 Grade Six Achievement Test for which he got a five-year Scotiabank scholarship to attend Campion, where his trail of excellence continued. He was an honour student for his entire sojourn. Over 14 terms, he earned two B pluses (for drama), and the rest of the grades ranged from A- to A+, making him the recipient of 10 First Honours and four Second Honours. When his CSEC results came in last year, he got seven grade ones and a grade two.

In addition to being an astute scholar, Hanson was involved in many areas of leadership. He was a subprefect, president of the Karate Club (three years), a member of the Ted Ed Club, a Student Council class representative, and a class beadle. At the end of grade 11, he was voted True Campionite, a school-spirit and good-character recognition. He had also received multiple merits for volunteering at school and was a member of the Chess Club.

And with grades such as his, he was destined for sixth form, which he had actually started. However, after a few classes, he pulled out, without knowing what exactly he would move on to.

“I wanted to be off pursuing other things that I was more passionate about. I didn’t want to spend two more years of my life in high school. Life at Campion was a great experience, which I will be forever grateful for, but I felt like it was right to move on,” he explained to The Gleaner.

Yet the only university he applied to was UMass Amherst. Not only was he accepted, but he got the surprise of his life when the letter also says, “You have also received a Chancellor’s Award in the amount of $12,000 per academic year”. That amount translates to approximately J$7.2 million at the current exchange rate for four years.

“I was overjoyed and surprised to receive the scholarship. It came unexpectedly, and I was proud of myself for achieving such a feat. I was also incredibly appreciative for the scholarship, and it is a huge help,” Hanson said.

His parents were just as ecstatic. “It was a jaw-dropping moment for me after I read the letter from the university. It was totally unexpected, especially because he had not applied for it. I am confident the university will have no regrets. Amri, knowing him, will endeavour to make a positive contribution to campus life there.”

That is the reaction from his father Keith Maroghini Hanson, while his mother, Sheenia Hanson, said: “I am totally amazed. ‘This is awesome,’ I said. I got emotional and went over to Amri to congratulate him. I exclaimed, ‘You did it again, Amri’. It’s a perfect transition and a perfect entry way into a new phase of his life.”

Amri will study physics in the College of Natural Sciences. He also has the idea of double majoring with another science subject and minoring in business. “I want to be an entrepreneur in the future, and I plan to focus on ventures related to STEM. Physics is ideal for teaching me the necessary skills and knowledge needed to make wise decisions and create meaningful plans for my businesses,” he explained.

Just like at Campion, part of the plan is not to be a book worm as he said, “I am eager to be a part of the community at UMass Amherst, and I can’t wait to participate in all manner of activities as well as to learn and progress in both new and current skills.”