Malahoo Forte says Parliament must change how it revises laws 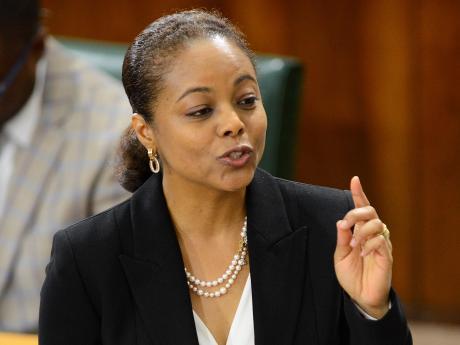 In her first address to the Lower House as Minister of Legal and Constitutional Affairs, Marlene Malahoo Forte on Tuesday afternoon said having to rely on Jamaica's laws is like "going through a maze".

Newly-appointed Minister of Legal and Constitutional Affairs Marlene Malahoo Forte says parliament must revisit how it revises laws, stressing that it has been difficult to ascertain the complete and accurate state of legislation on any given subject.

In her first address to the Lower House as minister under the newly created ministry, Malahoo Forte on Tuesday afternoon said having to rely on Jamaica's laws is like "going through a maze".

“Currently, and this is by way of example, the long title, the memorandum of objects and transitional provisions are not included in the revised laws. Neither do the revised laws indicate which provisions have been repealed and the renumbering of sections and subsections is just out of whack,” she said, adding that the workload of the new ministry will be heavy.

The former attorney general said, also, that the timeline between enactment and inclusion in revised laws must be reduced to ensure that the information provided is up-to-date and accurate.

“I was dismayed to learn that even our judges have fallen into error by relying on outdated publications,” she said.

Malahoo Forte told Parliament that the creation of her ministry may be regarded as the most serious attempt by any prime minister to revisit holistically, the legal and constitutional infrastructure of the country.

She said this has not been done since Jamaica attained Independence and immediately after, noting that the closest lawmakers have come to fundamental constitutional reform was when they passed the Charter of Fundamental Rights and Freedoms.

This was more than a decade ago.

The minister argued that this should have been followed by a comprehensive review of laws to make them compliant with the charter given its binding nature.

“This comprehensive review remains undone, leaving the legal architecture in an unsatisfactory state,” she said.

“The work is clearly cut out for this new ministry.”