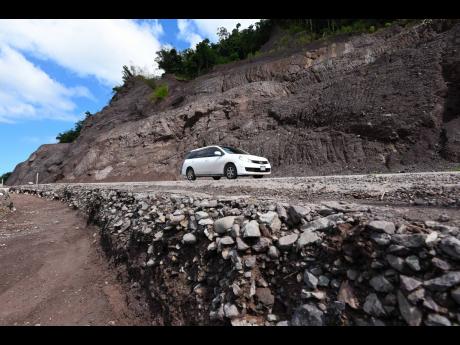 File
Section of the Broadgate to Agualta Vale road in Junction, St Mary that is still under construction. 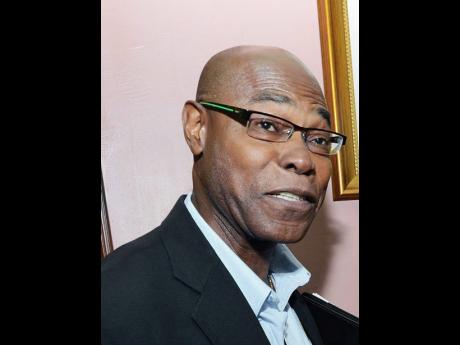 Amid public outcry about the cost overruns and a more than two-year delay in completion of the Agualta Vale to Broad road works in St Mary, head of the National Works Agency (NWA), E. G. Hunter says that terminating the contract is nowhere near as easy as people think, and working with the contractor to eventually finish the job is the more practical option.

The NWA head told last Tuesday’s sitting of the Infrastructure and Development Committee of Parliament that he had heard some of the utterances relating to the matter.

“Suffice it to say, a lot of the challenges that we have had on this contract are directly related to capability and the capacity of the contractor to deliver. It has been said anecdotally, ‘Why don’t you take away the contract from the contractor?’

“The truth is that in practice, it’s very difficult to terminate. It is more expedient to try and drag the contractor across the finish line, which is what we are doing. The contractor has engaged the services of a number of subcontractors to complete the outstanding works, and that is now being done as we speak.”

The contract awarded to Surrey Pavement & Aggregate Company for $598 million has since jumped to $1.117 billion, $989 million of which has already been paid over to the contractors, with an outstanding balance of $127.9 million. This is despite a two-year delay completion, with next month being the new deadline.

“The contract is based on an estimated quantities multiplied by fixed rates, and the contracts have a caveat saying notwithstanding what is in the contract, at the end of the day, the contractor gets paid for the work done. So it’s what we call measured work contract, so he gets paid for exactly what’s done – no more, no less.

The committee chairman sought further clarification on the matter.

“So for those out in the wider Jamaica, you are saying to us that the first contract was for $597 million, but because of what transpired, what took place over a period of time with the movement of earth and all of that, you would have gone up to $1.1 billion? But it’s not an overrun per se.”

“It is work that was required to be done, to deliver to the client, the product that the client desired,” the NWA head offered. He also went on to offer an explanation for one of the main items that resulted in a sizeable portion of the increase.

“The original contract was based on a premise that whatever (material) we cut off the hillside, we’d be able to use it as fill to cut-and-fill. It turns out, unfortunately, that when we cut and the material was taken to the lab and an analysis was done, the material was not suitable for the intended purpose. We could not use the cut to undertake filling, and so we had to find a new quarry in Mango Valley (in the parish) that we were able to bring in the material, and that would have caused some of the delay.”

This prompted another question from Phillips.

“The original design that was done, is that what we have on the ground now?”

“It remains basically true to form from Agualta Vale to Georgia. Where most of the changes occurred was the section from Georgia to Broadgate. Soil mechanics is not a perfect science, and so you have one of two options – and I say this with no apologies – you can either spend a lot of money at the design stage to get the perfect information before you go to construction. But there is a thing in management called the price of perfect information, you pay for that, and you don’t get to construction,” Hunter pointed out.