Earth Today | A promising 2022 beckons for the Adaptation Fund 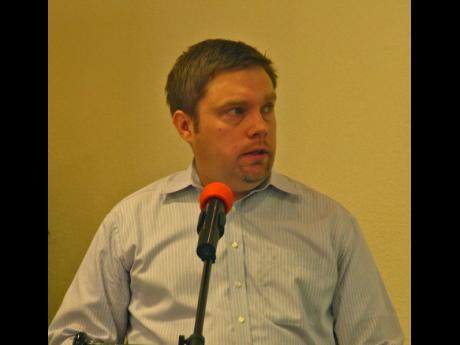 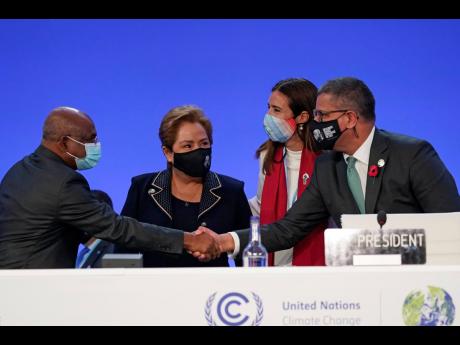 THE ADAPTATION Fund (AF), from which developing states such as Jamaica have benefited, has started 2022 with record funding to support new, concrete single-country and regional adaptation projects.

This is as the world faces a range of climate change threats – from the ongoing warming of the planet to rising sea levels and extreme weather events, including hurricanes and droughts – which require an adaptation response.

The AF is also able to “foster its new innovative funding windows that will bring many more urgently needed adaptation solutions to vulnerable communities, while continuing to evolve and adapt to countries’ needs by updating its vision for the next several years,” the entity said in a release to the media.

Despite the challenges of COVID-19, the AF continued to deliver concrete, on-the-ground adaptation projects to some of the world’s most vulnerable countries, while expanding its programmes and support for developing countries, throughout 2021.

“The fund was rewarded near the end of the year with a successful COP26 (26th meeting of the Conference of the Parties to the United Nations Framework Convention on Climate Change) outcome that reflected wide recognition for its work and furthered its fundraising and policy goals in serving the Paris Agreement, bringing excitement into 2022 as it develops its next five-year strategy to continue to build on its pillars of action, innovation, and learning and sharing,” noted the release.

“In concluding its productive year in December, the fund started the process of developing its next five-year, medium-term strategy (MTS) for 2023-2027. Although very early in a process that will involve comprehensive stakeholder consultation, it will build on the successes of the AF’s first MTS (2018-2022) and take into account findings from a mid-term review by the fund’s independent Technical Evaluation Reference Group,” it added.

The review concluded that the first MTS was a good fit-for-purpose strategy, ambitious, forward-looking and responsive to global processes and imperatives for adaptation, reflecting good practices, and being fully responsive to the Paris Agreement, while also enhancing quality and project compliance.

Progress during the first half of the MTS was significant, with the AF launching seven new funding windows that received significant responses and enabled it to go beyond past achievements. The AF also released its annual performance report, which reflected continued growth across its pillars.

This followed a highly successful resource mobilisation effort at COP26 in Glasgow in November, during which the AF received unprecedented support with a record US$356 million in new pledges – triple what it raised in 2020 and nearly triple its US$120 million fundraising goal for 2021.

“A record 16 contributors included first-time supporters US, Canada (national level) and Qatar, as well as a record EUR 100 million pledge from the European Union. New multi-year pledges from Norway and Ireland followed a trend set by Sweden a couple years ago, and the AF’s largest historical contributor, Germany, and other consistent donors came through again,” noted the release.

“Parties to the UN Framework Convention on Climate Change also made several policy decisions expressing support for the AF, including finalising the Paris rule book, with a five per cent share of proceeds from issued emission-reduction credits going to the AF once the new mechanism becomes operational,” it added.

In October, the AF’s board approved or cleared more than US$42 million in new projects, including several new learning and small innovation grants for the fund’s national implementing entities under Direct Access. The first grant concepts through the AF’s explicit Enhanced Direct Access and Large Innovation Grant windows were also endorsed.

Also in October, the World Meteorological Organization released the State of Climate Services 2021 report, warning of a looming water crisis and calling for improved water management, monitoring and early warnings in the face of growing water-related hazards and stress. The multi-agency report contains input from the AF and more than 20 other international organisations.

“It further demonstrates the need to increase ambition for adaptation finance to build water security and resilience against disasters. The Adaptation Fund has several funding windows in place to deliver tangible, effective and innovative projects on the ground to those who need it the most,” said Mikko Ollikainen, head of the Adaptation Fund, at the report’s launch.