Chicken prices to soar by 10 per cent month end 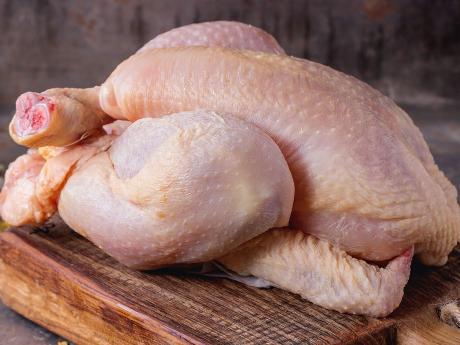 Jamaica Broilers Group president and CEO Christopher Levy says the company delayed the price increase in an effort to give Jamaicans an ease.

The Jamaica Broilers Group has announced that chicken prices are going up by 10 per cent come the end of January.

President and CEO Christopher Levy says the company delayed the price increase in an effort to give Jamaicans an ease.

"We decided to hold and see if grains would turn, if the inflation would flatten out, but unfortunately, the indication and what we're seeing is not bearing out those hopes," he told The Gleaner.

In its second quarter results in October 2021, Jamaica Broilers reported that its gross margins had fallen from 24 per cent to 20 per cent as a result of increased input costs which were partially mitigated by the growth in the company's United States operations.

Levy said the cost of shipping and grains have increased.

On Monday, the Statistical Institute of Jamaica (STATIN) said the point-to-point inflation rate between December 2020 and December 2021 was 7.3 per cent.

This was above the Bank of Jamaica's upper inflation band of 6 per cent.

STATIN's director general Carol Coy said the index for meat and other parts of slaughtered land animals increased by 13.8 per cent.

She also reported that the inflation rate for December 2021 was 0.8 per cent.