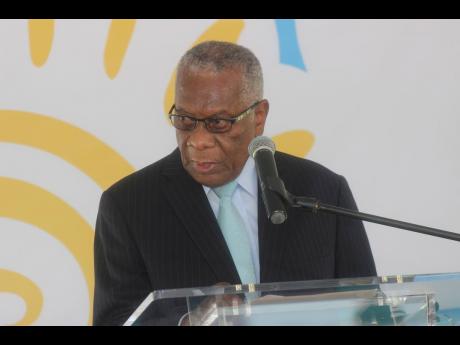 Tourism Enhancement Fund (TEF) Chairman Godfrey Dyer is hitting back against reports of increased numbers of hotel guests testing positive for COVID-19, arguing that those visitors who are confirmed to have the virus are only a small percentage of Jamaica’s total tourist cohort at the affected facilities.

Speaking briefly to The Gleaner on Wednesday, Dyer said that there is no need to put special emphasis on the fact that overseas visitors are testing positive for COVID-19.

“The criticism against hoteliers is very unfair, as it is less than two per cent of the tourists who stay in the hotels who have COVID-19. You cannot use that as any major thing, and it is unreasonable, and it should never have been done,” said Dyer.

The RIU Ocho Rios had confirmed 55 guests as having the virus, as were 12 guests and two members of staff at Sandals Ocho Rios. Fourteen COVID-19 cases were detected among guests at the Bahia Principe Resort, while there were guests stricken at Moon Palace, five at Sand Castle, and four at Majestic Villa.

But Dyer contended that those numbers represent only a small fraction of the thousands of tourists who visit Jamaica annually.

“You have problems elsewhere in the island that need to be highlighted. Less than two per cent of your several thousand guests who come [to Jamaica] suffer with COVID, but what is there in that to highlight?” Dyer retorted.

The complaint about tourists was preceded by reports that some visitors vacationing in Jamaica have refuted results after testing positive for COVID-19, especially when previous self-tests had led them to believe they were negative.

Last month, a Canadian media outlet reported said that several tourists from that North American country complained about receiving positive results after undergoing PCR testing for COVID-19 at a resort in Negril, Westmoreland.

The guests reportedly argued that they had been doing daily rapid-response COVID-19 tests and had received negative results each time prior to the positive PCR results. There have also been accusations that Jamaica’s COVID-testing process is flawed, with calls for an investigation.