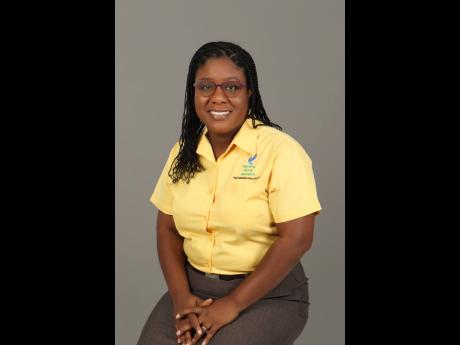 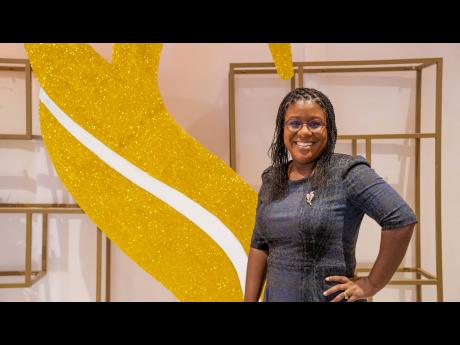 Contributed
Tanesha Bryce-Rainford at the 2021 Sagicor Community Hero Awards event, where she was one of 50 community heroes who received an award. 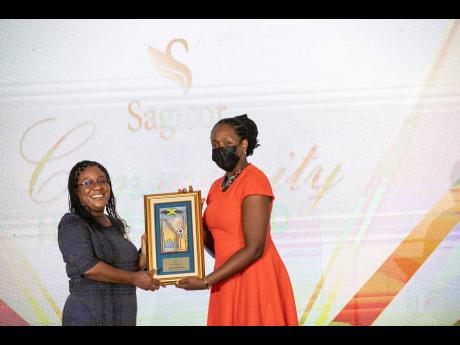 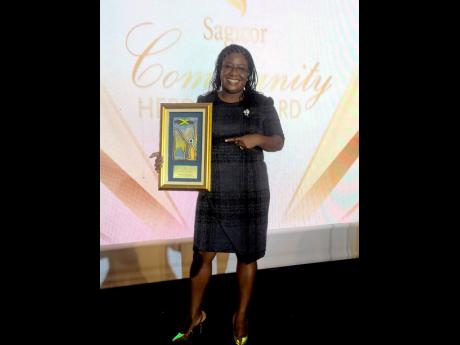 Contributed
Tanesha Bryce-Rainford with her Sagicor Community Hero Award, which she received December 21, 2021. 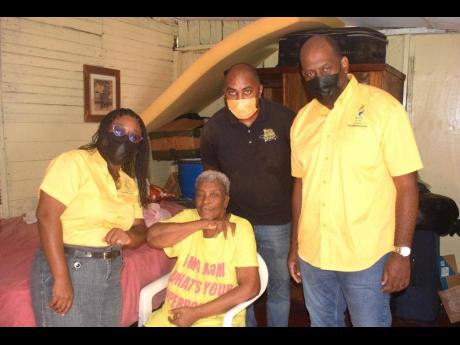 Fifteen years ago, Tanesha Bryce-Rainford started her philanthropic journey, selflessly giving back to her community by showing love and kindness to those in need, and fulfilling God’s divine purpose for her life.

This journey started after she received an email at work requesting donations for a colleague who was diagnosed with cancer. Bryce-Rainford said she knew that, based on the number of staff and the sum total of the monies requested, it would not have been enough to assist her colleague in a tangible way.

She believed that divine intervention led her to spring into action to seek assistance for a colleague that she hardly knew.

“I made a few contacts with medical personnel that I knew and I was able to have her chemotherapy treatment done free of cost. Our company later came on board and assisted her in accessing radiation treatment, which she was also able to get done free of cost,” she said.

“My colleague and I became very close. If she was in need of anything after that, I was there for her throughout the entire journey of her illness. Unfortunately, she passed away, but I believe it is from that particular experience and persons thereafter that I have always found a way to assist people. I have always been able to call the right people at the right time,” Bryce-Rainford added.

From this experience, Bryce-Rainford was led to start the Serving Arms Jamaica (SAJ) Limited in 2015, a non-profit charitable organisation geared at engaging Jamaicans and Jamaican-owned and affiliated organisations at home and in the diaspora to channel local and international assistance to ailing Jamaicans battling severe illnesses and disabilities.

“SAJ was formed in response to the rising incidences of pleas for assistance by persons who are unable to foot their medical expenses or acquire emotional, spiritual and physical assistance that helps them to cope with their ailment or disabilities,” Bryce-Rainford said.

Since its formation seven years ago, Serving Arms Jamaica has undertaken a number of projects, including donations to golden age homes, children in state care, and people suffering from various illnesses.

In December 2021, with the kind support of private sector organisations, the organisation distributed care packages to the homeless and made a financial donation to the Pentecostal Sanctuary Elderly Christmas Dinner.

“My philanthropic efforts in uplifting Jamaica are very important to me. I believe unequivocally that we are here to serve each other, to help when and where we can. We are made in Jesus’ likeness. Jesus came to serve, which means that is the path that is set for all of us,” Bryce-Rainford said.

“We need each other in life, and that realisation is something I find lacking in our nation. We must work towards being less self-absorbed. We must embrace our altruistic nature. That is how we heal as a nation,” she added.

Recently, she was recognised and rewarded for her selfless service by the Sagicor Foundation through its Sagicor Community Heroes Awards Initiative. According to Bryce-Rainford, it was definitely one of the highlights for her in 2021. She was humbled to have been nominated for the award by a colleague and selected among the 50 community heroes.

“I was very stunned when I received the call that I was selected for the Sagicor awards. I could not believe it. This was eye-opening for me, as there are so many people and organisations that are doing good. To know that I am a part of this group is really humbling,” Bryce-Rainford said.

According to her, the organisation welcomes others on board Serving Arms Jamaica as they seek donations and assistance.

“Most of our funding comes from the diaspora. My mother lives in Florida and she has a group of nurse friends that we call Friends of Florida. Most of the donations come from her end and from persons who have a vested interest in helping those in need in Jamaica. We also get funding here in Jamaica from the private sector and from persons who give to us on a regular basis,” she said.

To donate or learn more about Serving Arms Jamaica, visit their Facebook or Instagram page or call 876-393-5922.