Wildman a ‘true motivator’ in Belfield 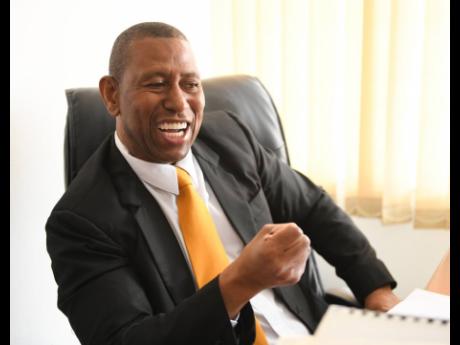 Giving back to your community, especially for professionals who can afford to do so, is one of the means to unite residents and curb crime, says Bohemia Sommerce, a resident of Belfield district near Highgate, St Mary.

“Wildman encourages the youth not to get involved in criminal activities, provides back-to-school supplies for children, and hosts treats for the residents in Belfield,” said Sommerce, who is a furniture-maker. Wildman has also provided fans and a water cooler for the primary school.

Wildman grew up in Belfield and Sommerce described him as a true motivator. He said the residents were very appreciative of what he has been doing for the community.

Giving back to the community

Sommerce said it was a great gesture and honour when professionals who can afford it give back to the community and he hopes others will emulate what Wildman is doing.

Pastor Carol Wiltshire, of the Emmanuel Faith Church in Belfield, described what Wildman is doing as a tremendous job and said the residents feel good about it.

He said he was praying that God will enable Wildman to continue to help the community. Pastor Wiltshire described the community as a very peaceful one where young people are striving to be the best they can. However, he believes that, if they get the help they need from society, they will be more progressive.

Justice of the Peace Phil Williamson, who knows Wildman from childhood, said what Wildman is doing for his community is outstanding.

“I wish we had others from the community who would follow Wildman’s example in giving back to the community,” Williamson emphasised.

Williamson described the community as peaceful and said that there are no serious crimes. He said that, although there is a police station in the community, the police have very little work to do. Belfield is the best community to live in at this time, he added.

“It is a pleasure to share with the people who I grow up with and help the children to realise their dreams by assisting them to go to school,” Wildman said.

In giving advice and encouragement, Wildman said he endeavours to make young people know that crime does not pay and that they should follow other avenues than a life of crime.