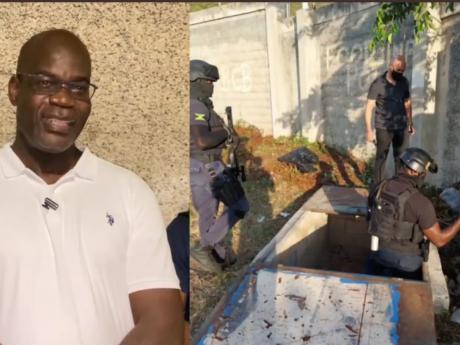 Deputy Commissioner of Police Fitz Bailey said the seizure is part of the police anti-gang initiative.

The police this afternoon seized three rifles, magazines and a cache of ammunition hidden at the National Stadium East field in St Andrew.

The Gleaner understands that the operation is ongoing.

Deputy Commissioner of Police Fitz Bailey said the seizure is part of the police anti-gang initiative.

The weapons: one shot gun, one AK 47 and one UZI sub machine gun were excavated.

A source close to the probe told The Gleaner that the weapons were buried in a pipe on the stadium compound.

Bailey said the find was made based on intelligence received by the police.

The operation was carried out by members of the Counter-Terrorism and Organised Crime Investigation Branch (C-TOC), Specialized Operations, the Canine Division and the Jamaica Defence Force.

Members of the public are encouraged to call the police about wanted men, drugs and illegal firearms.