Green working to settle payment of incentives to RGD workers 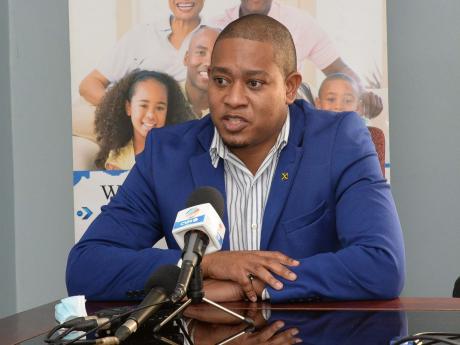 Minister without portfolio in the Office of the Prime Minister, Floyd Green - Contributed photo.

Minister without portfolio in the Office of the Prime Minister, Floyd Green, says he is working to settle the payment of incentives owed to staff at the Registrar General's Department (RGD).

Following a meeting with the management team at the agency, Green said a plan for the payment was presented.

“I want to assure the workers that from where I sit, as Government, and working with the team, we will do everything in our power to ensure that they get those payments in the shortest possible time. I will escalate it to see what can be done to speed up the resolution of it, but the team has presented a plan to treat with it,” he said.

He was speaking to the media following a tour of the RGD's Head Office in Twickenham Park, St Catherine on January 21.

The Auditor-General recently tabled a report in Parliament, which indicated that the RGD owed a total of $135.8 million in incentives to staff, for the period 2016 to 2019.

Meanwhile, Chief Executive Officer at the RGD, Charlton McFarlane, said the current management has made arrangements to pay the staff, and that they have started to receive the benefit, in an incremental process.

“Since this executive team took charge in 2020, we began making payments for the incentives, we made payments in December 2020, and another payment in December of 2021,” he said.

Adding that the issue has been prioritised, McFarlane said it is “regrettable that in the past we were not able to meet these financial obligations”.

“Importantly though, the team saw it as a need, and we have taken tangible steps to be current with the payments,” he stated.