Get crime under control in 60 days or resign, Golding tells commissioner 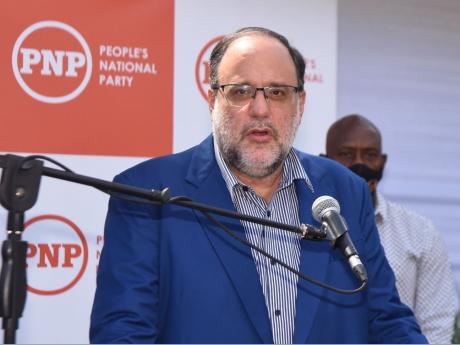 With more than 100 murders committed within 23 days since the start of the year, Mark Golding, President of the People's National Party (PNP), has called for Commissioner of Police Major General Antony Anderson to resign if he doesn't get crime under control within the next 60 days.

“If the commissioner cannot find another strategic approach to getting the crime problem under control within the next 60 days, I think he must call it a day as well, and allow someone else to take up the mantle,” Golding said during a press conference hosted at the Office of the Leader of Opposition in St Andrew this morning.

“Commissioner of Police, Antony Anderson is hereby being put on warning. He is the main architect and promoter of the Government's state of emergency strategy as an ongoing policing tool,” he added.

Golding said the constitutionality of Anderson's use of the States of Emergency (SOEs) is in serious doubt.

“As I have already shown that there are other tools in the toolbox for him to use and some others that the Government needs to quickly deal with and address to provide him with, which should have been legislated for already,” Golding said.

Golding is of the view that the Government has mismanaged the national security of Jamaica.

Meanwhile, Golding described the tenure of National Security Minister Dr Horace Chang as a failure, arguing that this has left Jamaicans feeling frightened, hopeless, and in despair.

He called for Prime Minister Andrew Holness to relieve Chang of his duties and give someone else the opportunity to bring a fresh approach.

“He clearly cannot bring the vision, energy and vigour, and communication skills which that portfolio requires,” he said.