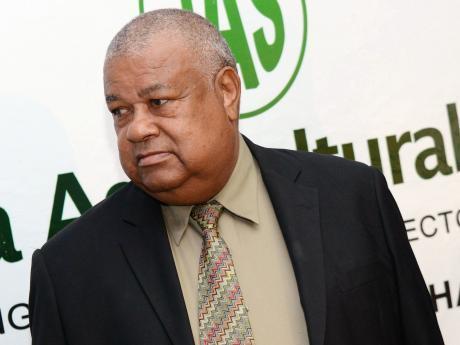 Fulton: “The pending removal places the progress and investment made by over 150,000 small farmers in great jeopardy.” -File photo.

The Jamaica Agricultural Society (JAS) has come out against the proposed suspension of the Common External Tariff (CET), as well as stamp duties on imported leg quarters.

Agriculture Minister Pearnel Charles Jr., speaking in Parliament yesterday, said that temporarily freezing the tariff would slash the price of leg quarters by more than half – from $360 per pound to $160 per pound – making chicken meat more affordable for Jamaicans whose incomes have been eroded by point-to-point inflation of 7.3 per cent.

Charles lamented the soaring prices, remarking that chicken back – which has traditionally been much cheaper than premium parts – was almost neck and neck at cashier tills.

In a statement, JAS president Lenworth Fulton argued that the decision is a bad move.

Fulton argued that with the fallout from the pandemic, many Jamaicans identified an opportunity to provide for their families through broiler production.

He is contending that the temporary removal of import and stamp duty from imported leg quarters would serve as a setback for small farmers and could prove even more damaging to Jamaica socially and economically than the pandemic.

“The pending removal places the progress and investment made by over 150,000 small farmers in great jeopardy,” argued   Fulton.

“They took their remittances, 'partner payouts', severance pay, small business and family loans and other income and invested in the construction of chicken houses and the production of poultry. And while the larger poultry companies may withstand the impact of this drastic measure, our small farmers who are currently producing chicken for sale at $240 - $290 per lb clearly will not,” he said.

According to him, the proposed removal of duties on imported leg quarters will effectively eliminate the market for small poultry farmers and erode the integrity and sustainability of the local poultry sector which all stakeholders, led by the Ministry, have worked so hard to build over the last two and a half decades.

“The livelihood of thousands of Jamaicans will be at risk and the fresh, wholesome chicken produced by these farmers will remain in their freezers or at best have to be sold at a price to compete with the imports, thereby robbing them of recovering their investment, bringing financial ruin for many and exacerbating the ongoing crisis with violent crime.”

While welcoming the minister's announcement of a $50 million subsidy to cover various input costs for poultry farmers, the JAS president said that this will not, in and of itself, offset the devastation.

He is calling for the agriculture minister to engage with stakeholders on the matter.