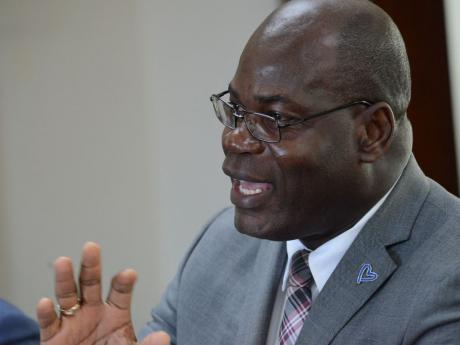 Bailey: “The reality is that if you have the proliferation of firearms, I’m not certain that would solve the problem if we arm everybody. Maybe it will complicate the problem." -File photo.

Deputy Commissioner of Police Fitz Bailey says arming more Jamaicans amid a 19 per cent increase in murders across the island could further complicate an already troubling crime wave.

Bailey said while the decision on whether more citizens should have access to licensed firearms is for policymakers, he is not certain that the current crime trajectory will change with more guns in the hands of law-abiding Jamaicans.

The DSP conceded that the country had long moved past normality, accounting for one of the highest homicide rates in the region at 46 per 100,000 people.

“The reality is that if you have the proliferation of firearms, I'm not certain that would solve the problem if we arm everybody. Maybe it will complicate the problem,” said Bailey.

He was responding to a question posed during this morning's press conference at the Ministry of National Security in St Andrew.

His comment comes on the heels of a report that a couple, who were of Chinese heritage, and who were the proprietors of a supermarket in St Elizabeth and had been robbed several times, had their application to the Firearm Licensing Authority for a firearm licence denied.

The husband and wife were shot dead by gunmen who robbed their supermarket in Bellevue district, Southfield late December last year.

The police have listed three men as wanted in connection with the gruesome killings and have named an employee as a person of interest.