Earth Today | ‘Worth every penny’ 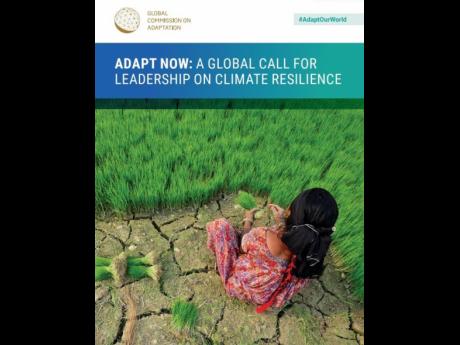 INVESTMENT IN early warning systems and other aspects of climate change adaptation are fuel for potential growth and prosperity.

This is according to the Global Commission on Adaptation in its 2019 report ‘Adapt Now: A Global Call for Leadership on Climate Resilience’.

That report revealed that a global investment of US$1.8 trillion into early warning systems and four other areas between 2020 and 2030 could generate some US$7.1 trillion in total net benefits.

“Early warning systems save lives and assets worth at least 10 times their cost. Just 24 hours warning of a coming storm or heat wave can cut the ensuing damage by 30 per cent and spending $800 million on such systems in developing countries would avoid losses of $3 to $16 billion per year,” the report said.

These and other adaptation actions, the commission said, bring what is called the ‘triple dividend’.

“The first dividend is avoided losses, that is, the ability of the investment to reduce future losses. The second is positive economic benefits through reducing risk, increasing productivity, and driving innovation through the need for adaptation; the third is social and environmental benefits,” it explained.

Yet, the report said that while the case for ambitious adaptation is clear, “it’s not happening at nearly the pace and scale required”.

“This is because climate impacts and risks are not yet adequately factored into decisions by those who make choices about the future,” it explained.

What is required, it said, is a revolution – in understanding, planning and finance.

“We must apply these revolutions to the key systems affected by climate change: systems that produce food, protect and manage water and the natural environment, plan and build our cities and infrastructure, protect people from disasters, and provide financing for a more resilient future,” the report advanced.

The urgency of making it happen, the report said, is not in question.

“Human beings have adapted to climate variability for thousands of years. What is different now is the unprecedented magnitude and pace of change, the level of uncertainty, the size of vulnerable populations, the scale of assets at risk, and the rapidly declining quality of ecosystem health. All of these factors are changing, and fast. Adapting will require human resourcefulness, innovation, and courage at a global scale rarely seen,” the report noted.