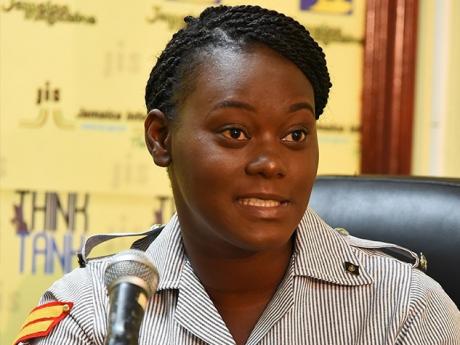 The Jamaica Constabulary Force (JCF) is encouraging consumers to be vigilant when making purchases from Instagram stores to avoid being scammed.

Corporal Kayla Keane of the JCF's Corporate Communications Unit told JIS News that the Cybercrimes Unit has made several arrests of persons involved in Instagram store scams such as selling dogs and hair extensions.

“Those of you who are dog lovers need to be particularly careful; dogs are very expensive. You see where you can get a dog that is a thoroughbred for $50,000. Now that price is kind of cheap, but because everyone wants a deal… you send the money and get nothing,” Keane said.

She noted also that persons are paying upwards of $100,000 for hair extensions that they are yet to receive.

“I know somebody who was recently sentenced for selling extensions online, but it was never a real business. What she did was just set up the page, just to pretend as if they're selling extensions. Once you pay your money, they block your page so that would be it for you. Luckily, that person was arrested and charged and sentenced for that crime,” she said.

“We have a whole unit (Cybercrimes Unit) that deals strictly with those cases and others where there is sometimes an online aspect that may involve a text message.

“So there have been several cases that have been placed before the courts and persons have actually been sentenced for these types of crime,” she pointed out, stressing that the JCF is “ready, willing and able” to deal with such cases.

Keane is urging persons to make purchases from reputable sources.

“If you want a dog, get a professional dog breeder. If you want to buy hair, do it on a reputable…and popular site like Amazon. Don't do it on Instagram to get a deal and then you end up losing your money and you don't have the item,” she cautioned.