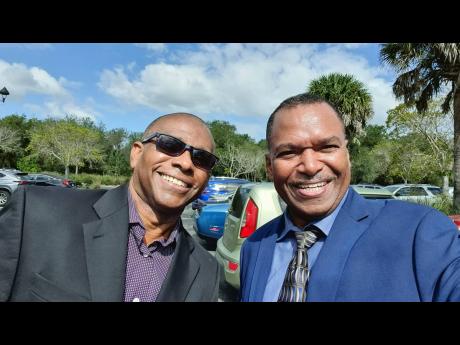 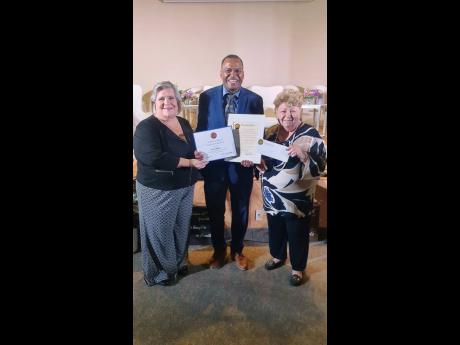 Steve Higgins and Carson ‘Eddy’ Edwards both accepted the special awards “in recognition of outstanding and invaluable service to the community” at the inaugural ‘Rise with Perspective – Living in Gratitude Today’ symposium held in Davie, Florida.

The symposium, the brainchild of Nouchelle Hastings, has as its mission,“to show how living in gratitude today can improve your mental health and self-esteem, so that you can create a life you love”.

“MLK Day is the only federal holiday designated as a National Day of Service, to encourage all Americans to volunteer to improve their communities,” said Hastings. “So, we selected this commemorative moment to recognise the dedication and commitment of persons whose lives are the epitome of living in gratitude today! Their selfless acts of kindness are gratifying in so many ways,”she said.

The award was given under the auspices of Congresswoman Debbie Wasserman Schultz and was presented by Mayor of Davie Judy Paul, who thanked Higgins for “bringing service to the elderly, the sick and especially our children in need and for sharing your golden voice”.

This signature event was put on by an entire team of gratitude champions and was hosted by Davie chamber executive director, Raphael Walters.

Fifteen residents of Broward County were honoured at the event which saw motivational presentations from featured speakers.

Higgins, a resident of Davie, also received a proclamation from the Davie Jazz Society for his contribution to the organisation. He is a singer (tenor), Jamaican cultural ambassador and musician who, throughout the pandemic, brought joy to many through his music at numerous events.

His community involvement ranges from performing for medical frontline staff at hospitals to kids at children’s homes, at civic functions and the broader South Florida community. He is the founding director of the South Florida Caribbean Chorale and chairman for Partners For Youth Foundation (501c3) He volunteers as a Guardian ad Litem for the 17th Judicial Circuit in Broward County.

Eddy Edwards is a marketing executive at Riddims Marketing, a radio personality, vice-chair for Partners For Youth Foundation, and CEO of the Jamaican Jerk Festival USA, which hosts the largest food festival annually in South Florida.