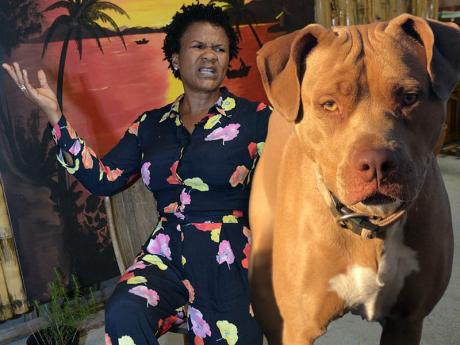 In June 2020, the court ordered that the property must not be sold for less than $60 million on the open market to settle the judgment.

A St Ann property belonging to Minister Marion Hall, formerly Lady Saw, is now being advertised for sale to recover $3 million ordered by the Supreme Court in compensation for a 68-year-old woman who was bitten by the entertainer's dogs in September 2009.

In June 2020, the court ordered that the property must not be sold for less than $60 million on the open market to settle the judgment.

Hall was also given an option to pay the award in instalments.

The court said she could pay $1 million before July 30, 2020 to the claimant's attorneys and then agree to a payment plan for the balance of the money.

Failure to comply would result in the property being sold, the court ruled.

The senior citizen who is suffering financial hardships because she cannot work as a result of the injuries has so far received no money.

Attorney Jacqueline Cummings, who is representing the dog bite victim, said the property has been listed for sale since 2020 but to date there have been no buyers.

Dorothy Wilson filed a suit in March, 2010 seeking damages for injuries she suffered from dog bites when she went to Hall's home in Chancery Hall, St Andrew as a helper

While walking in the yard Wilson was attacked by the dogs.

She stated in her claim that Hall was the owner and breeder of dogs, in particular, pit bulls.

Wilson said Hall was negligent because she failed to lock away the dogs when she knew or ought to have known that they would attack her.

She suffered injuries to her hands and left leg and is unable to work.

There was an assessment of damages in October 2015 and Wilson was awarded a total of $3 million with interest.

Hall was not present at the hearing and was not represented.

In June 2020, the Supreme Court after hearing legal arguments from the attorneys representing the parties, ordered that a property in St Ann which is part of Upton and Bonham Spring be sold to settle the judgment debt.

The court set the remuneration for estate agent dealing with the sale at 3.5 percent.

The claimant's attorneys Archer, Cummings & Company is to have carriage of sale of the property, the court ordered.