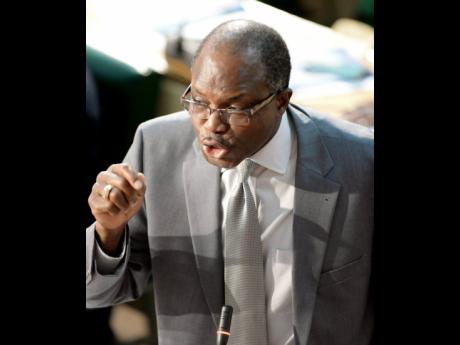 HAVING SECTOR committees as part of the country’s procurement process makes no sense, argued Clifford Everald Warmington, minister without portfolio with responsibility for works, in the Ministry of Economic Growth and Job Creation.

Warmington said sector committees are bureaucratic nightmares in relation to the timely approval of proposed contracts for road rehabilitation projects.

Warmington also said the process of procurement can move much faster if the threshold of the contracts is lifted.

“It doesn’t make sense. I would recommend getting out of the sector committees,” Warmington said while responding to a question from The Gleaner during his recent tour of eastern Westmoreland.

“If you have the procurement committee that is already written into law, you don’t need a sector committee. And then, what I think we need to do is to lift the threshold of the level of the contract itself,” he suggested.

There are seven sector committees operating in the ministries of education, health, water and housing. Sector procurement committees are also established in several other state agencies and corporations, such as the National Works Agency, the Port Authority of Jamaica, the Urban Development Corporation and the Jamaica Social Investment Fund.

These committees are established to examine contract proposals for works, goods and services that are valued above $15 million. Sector committees do not award contracts, but rather seek to ensure that there is adherence to Government’s procurement procedures.

Contracts above $20 million have to go to public tender by way of an advertisement in the national newspapers, while those from $30 million to $59 million will need the approval of the Public Procurement Committee. Cabinet is empowered to give its stamp of approval on all contracts valued at $60 million and above.

But the works minister argued that sector committees are stumbling blocks that are holding up the prosperity agenda of the Government.

“A recommendation is now with the Ministry of Finance and Public Service for the sector that can eliminate this bureaucratic nonsense,” Warmington stated. “It’s been looked at right now, but I can’t make an announcement. I am waiting on the Cabinet to finalise their own stuff.”