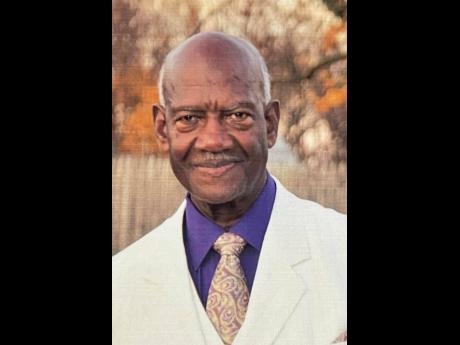 PHILADELPHIA, PA: The African-Caribbean communities in Philadelphia and the northeast USA continue to mourn the passing of Pastor Emeritus, Bishop Felix F. Poyser, who died on January 27.

The 94-year-old was regarded as a fixture in the Christian community and especially among Caribbean nationals as the founder and spiritual leader of the New Testament Church of God, a regular stop for elected officials and community leaders travelling and wanting to connect with the Jamaican diaspora.

Before coming to Philadelphia, Bishop Felix F. Poyser served as pastor and district overseer in the United Kingdom for 18 years, and is named among the pioneers of The Church of God in that region.

His hard work and servanthood did not stop when he migrated to Philadelphia, USA. Under his leadership, at the 53rd Street (Poyser Way) New Testament Church of God which started with seven members in 1974 – at a storefront on 944 S. 58th Street – now has over 400 regular attendees at what was once was a former factory in southwest Philadelphia.

Bishop Poyser served as the district overseer for the Philadelphia Westside District of Churches and also was a member of the Pennsylvania State Prayer Team.

Long-time resident and honorary consul of Jamaica in Philadelphia, Christopher Chaplin, praised the clergyman for his high level of spirituality and volunteerism, noting that, “his passing leaves a deep void in our Caribbean community in Philadelphia, and over the past few days, I have thought about the many positive ways that he directly impacted my life and our community”.

“I first met Bishop Felix Poyser over 20 years ago when I was a volunteer with Team Jamaica Bickle, helping the Jamaican high school athletes at the annual Penn Relays. Bishop Poyser and the New Testament Church of God were instrumental in providing financial support and transportation to our students attending the Penn Relays, and their support was key in keeping our athletes safe.”

In her tribute, Dr Karren Dunkley said the Jamaican diaspora lost an icon and an angel. “Bishop Poyser, Sr, was a giant among men and an icon in our community. Our hearts go out to his family, church family and broader circle. May we live his legacy of leadership, kindness, selflessness and humility.”

Barbara Wilson, director of the Caribbean Festival and Cultural Committee, offered that “Bishop Poyser was a giant in the city of Philadelphia and elsewhere and a great leader to all of us.”

Those who knew the elder Poyser readily agree that his life models the words of one of his favourite songs, “If I can help somebody as I pass along, my living shall not be in vain.” He has been recognised by diplomatic and government officials, as well as the National Association of Caribbean Organizations for his efforts to bring together people of various cultures, ethnicities and socio-economic backgrounds.

In 1999, the city of Philadelphia honoured him by naming the church block ‘Reverend Felix Poyser Way’, a deserving tribute. In October 2013, Bishop Poyser was awarded the Jamaican Consul General’s Heritage Award in New York, a distinguished award presented for outstanding service to the community, and in March 2016, he was inducted into the Pentecostal Theological Seminary Hall of Prophets, which also provides a scholarship in his honour.

Bishop Poyser is survived by his loving wife, Sister Lilith E. Poyser, three children, three grandchildren and three great-grandchildren. The entire family is very active in the church, including son Steven, who is a pastor, and are exceptionally supportive of its ministries. Sister Poyser, a former midwife in England, retired as a nurse in Philadelphia and the former president of the Philadelphia Westside District Ladies’ Ministries.

Bishop Poyser will be laid to rest at the Arlington Cemetery, Drexel Hill, Pennsylvania, on Saturday, February 12.