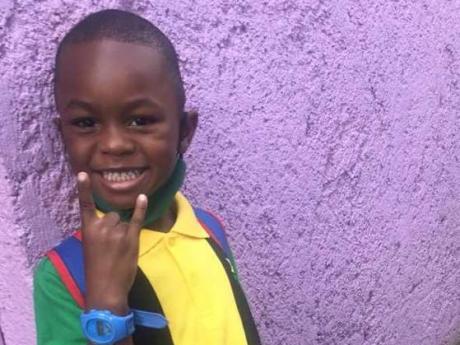 It is alleged that a teacher carried a group of students to the school but Jordane Clarke did not get out of the vehicle. Contributed photo.

Educators and students at Destowe Bennett Basic School in Rollington Town are in mourning following the death of a four-year-old student who was left in a car on Thursday.

It is alleged that a teacher carried a group of students to the school but the child, Jordane Clarke, did not get out of the vehicle.

Later in the day, the teacher reportedly went back to the car and discovered the unconscious child.

Clarke was taken to the Bustamante Hospital for Children and was pronounced dead.

Superintendent Tomielee Chambers, who commands the Kingston Eastern Police Division, confirmed the child's death to The Gleaner and said an investigation has been launched.

“The child was taken to school by the teacher… and it seems as if everyone got out of the car and did not remember or figured more or less that the child had gotten out of the car. My detective has taken over the investigation,” she told The Gleaner.

Last month, a policeman in St Elizabeth left his one-year-old daughter in his car, which resulted in the death of the toddler.

She was reportedly left locked inside his car for eight hours as he went to work.

She was pronounced dead at the Black River Hospital.