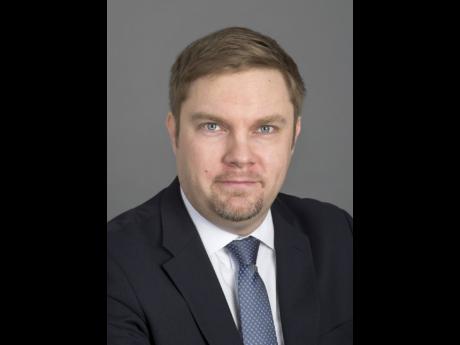 THE ADAPTATION Fund – from which countries of the Caribbean, including Jamaica, have benefited – has affirmed its commitment and readiness to finance projects that bolster the preparedness of developing countries for climate change risks.

“The Adaptation Fund is uniquely suited to help respond to the rising urgency of adaptation, through its growing portfolio of concrete, scalable adaptation projects on the ground that are tailored to vulnerable countries’ adaptation needs, and its innovative finance mechanisms that build country ownership in adaptation,” the fund, which received a record US$350 million in new support from 16 contributors at the global climate talks in Glasgow last November, said in a release to the media.

The release, dated February 28, was issued in the wake of the publication of the latest Intergovernmental Panel on Climate Change (IPCC) report, Climate Change 2022: Impacts, Adaptation and Vulnerability, which has reminded countries of the urgency in the efforts to scale up climate change adaptation and mitigation.

“We hear loud and clear in the new IPCC report that climate change has worsened, more ambitious adaptation financing and action is needed, and that the window for action is narrowing,” noted Adaptation Fund Board Chair Mattias Broman, of Sweden, in the release.

“The Adaptation Fund stands ready to support, with its vast experience in funding concrete, effective, innovative and scalable projects across adaptation sectors such as ecosystem-based adaptation, disaster risk reduction, food and water security, coastal, agricultural and urban adaptation. It fosters access to climate finance, such as pioneering streamlined accreditation to small countries that might not otherwise have access to funding,” he added.

Since 2010, the fund committed close to US$878 million for climate change adaptation and resilience interventions. These comprise 129 projects and programmes across 100 countries, training one million people in climate resilience, while restoring upwards of 380,000 hectares of natural habitat and 162,000 metres of coastline.

Also to the fund’s credit has been the introduction of direct access and enhanced direct access to climate financing that puts the management of projects directly into the hands of developing countries, from design through to implementation.

Manager Mikko Ollikainen said the fund is prepared to do more.

“The latest IPCC report is concerning when it comes to the rising adaptation needs and urgency we are seeing all over the world, particularly for those who are most vulnerable … . The positive news is that the Adaptation Fund has an excellent track record in some of the very areas that the report is targeting for more focus, such as in adaptation finance, as well as our local projects focused on nature-based solutions, urban adaptation and others; and it is the only UN fund that was explicitly created to fund concrete adaptation projects for those who are most vulnerable to climate change,” he said.

“The fund continues to be nimble and itself adapt, launching additional funding windows for countries, such as the Adaptation Fund Climate Innovation Accelerator that is open to governments, the private sector, civil society, young entrepreneurs and others to help accelerate innovation in adaptation and double down on creating successful models that can be scaled up across the adaptation field – which is a hallmark of the fund’s work overall,” Ollikainen added.