New IPCC report warns of planet in need of adaptation 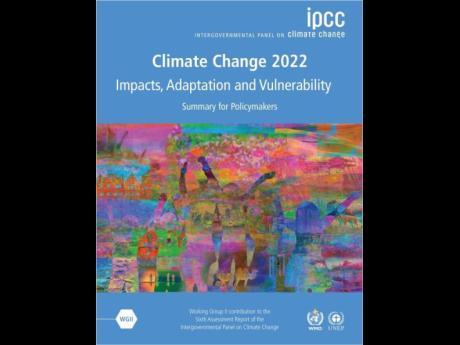 THE LATEST Intergovernmental Panel on Climate Change (IPCC) report paints a sobering picture of a planet ‘thirsty’ for accelerated and transformational adaptation interventions, to beat back challenges of water availability and water-related hazards, food production and access, ill health and premature deaths.

“Climate change and related extreme events will significantly increase ill health and premature deaths from the near to long term. Globally, population exposure to heatwaves will continue to increase with additional warming, with strong geographical differences in heat-related mortality without additional adaptation,” notes the summary for policymakers of the IPCC report titled ‘Climate Change 2022: Impacts, Adaptation & Vulnerability’.

“Climate-sensitive food-borne, water-borne, and vector-borne disease risks are projected to increase under all levels of warming without additional adaptation. In particular, dengue risk will increase with longer seasons and a wider geographic distribution in Asia, Europe, Central and South America and sub-Saharan Africa, potentially putting additional billions of people at risk by the end of the century. Mental health challenges, including anxiety and stress, are expected to increase under further global warming in all assessed regions, particularly for children, adolescents, elderly, and those with underlying health conditions,” it added.

These and other risks are of particular concern to small island developing states, including those of the Caribbean, whose assessed vulnerability are especially high, and worsen if global temperatures exceed 1.5 degrees above pre-industrial levels.

“Global warming, reaching 1.5 degrees Celsius in the near term, would cause unavoidable increases in multiple climate hazards and present multiple risks to ecosystems and humans. The level of risk will depend on concurrent near-term trends in vulnerability, exposure, level of socio-economic development and adaptation,” the report explained.

“Near-term actions that limit global warming to close to 1.5 degree Celsius would substantially reduce projected losses and damages related to climate change in human systems and ecosystems, compared to higher warming levels, but cannot eliminate them all,” it added.

The report, which represents the second instalment of the IPCC’s 6th Assessment Report to be completed later this year, has also noted the need for greater ambition for greenhouse gas emission cuts and collaborative global efforts on the trek from climate risk to climate-resilient development.

“Meeting the objectives of climate resilient development thereby supporting human, ecosystem and planetary health, as well as human well-being requires society and ecosystems to move over to a more resilient state. The recognition of climate risks can strengthen adaptation and mitigation actions and transitions that reduce risks,” the report said.

This comes against the background of, among other things, roughly half the world’s population currently experiencing water scarcity “for at least some part of the year due to climatic or non-climatic drivers” and health services having been “disrupted by events such as floods”. At the same time, the report said,“infrastructure, including transportation, water, sanitation and energy systems have been compromised by extreme and slow-onset events, with resulting economic losses, disruptions of services and impacts to well-being”.