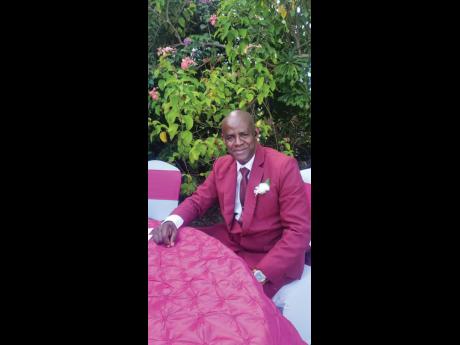 “If my people, who are called by my name, will humble themselves and pray and seek my face and turn from their wicked ways, then I will hear from heaven, and I will forgive their sin and will heal their land.” 2 Chronicles 7:14

WITH WHAT seems like an unending cycle of turmoil, violence, and a show of callousness among people that continue to cause despair, Pastor of the Mount Pleasant Church of Christ, Clyde Bogel, is encouraging persons to activate and reactivate their faith in Jesus Christ.

The minister of religion said this is not the time for folly or indecisiveness, but instead, it is a time that should be used as a period of repentance and self-assessment.

“Persons are scared, and some believers are getting shaky. Even though they read the scriptures and they get messages of hope, they see scriptures being fulfilled and they are confused,” he noted.

Bogel added: “This is really just an indication of what is to come. Sometimes people are not spending enough time to commune with God and they lose focus. Some persons turn to all different things to find comfort, even suicide, as they need a getaway... . It’s a faith thing now. Those who endure to the end will be saved, and faith is what will help you endure.”

The focus, he said, should not be on the problems but on the ultimate provider and sustainer who gives the assurance that our righteousness will preserve us.

“The Bible says many will come in his name, nation will rise against nation, but God said when you see the wars and rumours, see that you are not troubled because all of these things must come to pass, but the end is not yet.”

Bogel said scriptures are now coming to life, with some episodes more daunting than others. However, there is one instance where people will never lose anything by making a sacrifice, and that is when Jesus is chosen.

“For those persons who say there is no God, some are realising that He exists. God is not asking for too much. He is just asking us to repent and to serve Him and to give Him our all.”

Bogel likened the level of reliance to God in this time to Moses’ reliance on God during the parting of the Red Sea.

He believes that despite the gloomy circumstances, God will defend his people and deliver them from evil.

“The time is winding up ... . You have persons who say that from the time they were born, they hear that God is coming and to date, nothing. But you have to understand that 1,000 years is like a day in God’s eyes.”

Devoted to declaring the gospel, Bogel said he commits his life to God daily, allowing Him to take full control.

“ I just want people to communicate with God - to listen to the voice of God. His voice makes a difference. Also, I want people to read their Bibles and sing some songs and declare that into His hands is where you are committing your spirit.”