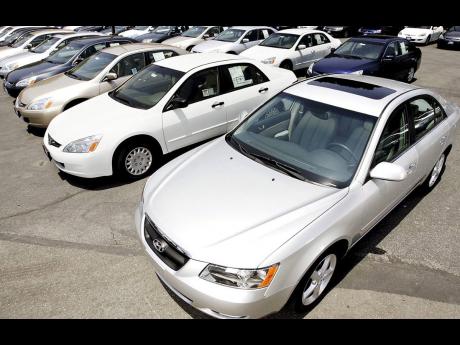 File
The used-car industry is one of several avenues that scammers have been accessing to legitimise their loot as they come under pressure from the Anti-Lottery Scam and the Major Organised Crime and Anti-Corruption Agency task forces. 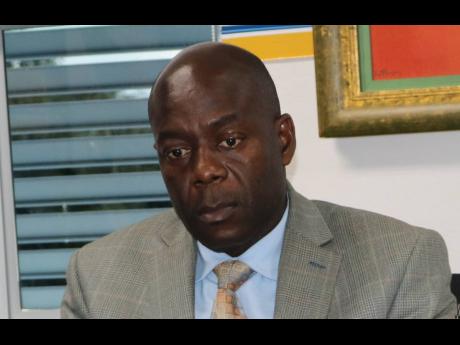 The police have now zeroed in on reports that lottery scammers have taken a foothold in the used-car industry to launder their ill-gotten gains. Sources say they especially have their eyes set on Mandeville in Manchester, which has seen a...

The police have now zeroed in on reports that lottery scammers have taken a foothold in the used-car industry to launder their ill-gotten gains. Sources say they especially have their eyes set on Mandeville in Manchester, which has seen a burgeoning of “questionable” used-car dealerships in recent years.

“It is not as easy for scammers to access the (scammed) money through the remittance agencies as before. So they are now buying the used cars in Japan, leasing lots and so forth, and then they set up car dealerships and sell the cars to make back the money,” Assistant Commissioner of Police (ACP) Anthony McLaughlin, head of the Counter-Terrorism and Organised Crime Investigation Branch (C-TOC), told The Sunday Gleaner.

But the problem appears to have been blossoming for some time and has spread out across other parishes. In fact, in the last decade, the Jamaica Used Car Dealership Association has been clamouring against an upsurge of “fly-by-night and questionable” used-car dealers islandwide.

Mandeville, especially – traditionally a stamping ground for robbers and home-breakers targeting returning residents – the authorities believe, has been feeling the lottery scam expansion from the western parishes. Sections of the Corporate Area, St Mary and Portland also factor highly.

In the worst cases, such entities, and even some legitimate dealers, are in bed with scammers and other organised criminal elements, the association believes.

“It is prostitution,” charged Lynvalle Hamilton, president of the Jamaica Used Car Dealers Association. “If you have a dealership that is set up to import and store cars on lots for sale, and to operate according to the stipulations, and you are telling people they can bring in their own cars but just use your licence, it is prostitution.”

“What is really needed is proper regulations. We have a regulator and the Ministry of Industry needs to sort it out,” Hamilton told The Sunday Gleaner, adding that he has been in dialogue with the authorities.

“We know what is going on with regard to crime in Jamaica and persons know that ill-gotten gains can be channelled through used-car dealerships. It is for the regulators and the police to fix.”

ACP McLaughlin revealed that the used-car industry is one of several avenues that scammers have been accessing to legitimise their loot as they come under pressure from the Anti-Lottery Scam and the Major Organised Crime and Anti-Corruption Agency (MOCA) task forces.

“Lottery scamming is contributing significantly to our high murder rate, and if we are to see a reduction in our murder rate, then we have to deal head-on with lottery scamming,” McLaughlin said, adding that Jamaicans who purchase vehicles from unregulated used-car dealerships could be supporting organised criminal elements and may also be putting their lives and money at risk.

More than 300 operations were conducted by the 19 police divisions across the island against lottery scammers last year; and another 166 by the task forces. These resulted in more than 300 arrests, said the ACP, who declined to share a breakdown of the numbers by division.

The police have also not revealed how many used-car dealerships are on their radar.

As it relates specifically to the central parish, Superintendent Lloyd Darby, head of the Mandeville Police Division, said, “We have heard that on the ground before but we’ve not been able to really prove that trend. We understand that it is one of the ways the scammers use to get the money here from the US.”

He continued, “We have started some investigations but they are not at a point yet where we can confirm. But we have been looking especially into the newer car marts to see if this is indeed so.”

Darby noted that the police continue to hunt down a handful of known lottery-scamming groups in the parish.

According to Darby, since last year, under the Law Reform (Fraudulent Transactions) (special provisions) Act – otherwise called the lottery scamming act – there have been 27 arrests, seven convictions, and one no case submission, while 19 cases are still active and before the Manchester courts.

Last week, however, some car dealers in Mandeville, who asked not to be named for the story, told The Sunday Gleaner that they were fully aware of the practice of lottery scammers laundering funds through the used-car industry in the parish.

The main view was that many among them are in bed with scammers, which was a growing query from customers who turn up to purchase vehicles at the outlets.

Two decades ago, there were but a handful of registered used-car outlets in Mandeville, one explained. Now, there are more than 100, the majority unregistered, and to them it is common knowledge that scammers operate among them. None of the dealers said they had ever been approached, however.

“There is a whole heap of things (scamming) going on in Mandeville, and we know. Even the police know. That is why people nowadays are not buying cars from just anybody,” said one used-car dealer who is among the first to set up shop in the parish. “One customer came in the other day, and we didn’t have the car that he needed. I told him to check around but his reply was ‘I don’t buy cars from the roadside’. He took a different car from me.”

“People are aware of what is happening in the parish, but frankly, you just can’t tell who is who. It is not as if they have a history; most of these persons are new,” another long-standing dealer offered.

“Some newcomers may sell the cars cheaper than us, but it is not that it affects our business so much because we have had our customers for years. In this business, customer service and trust mean a lot. Some customers will buy the vehicle for $50,000 more because they trust you.”