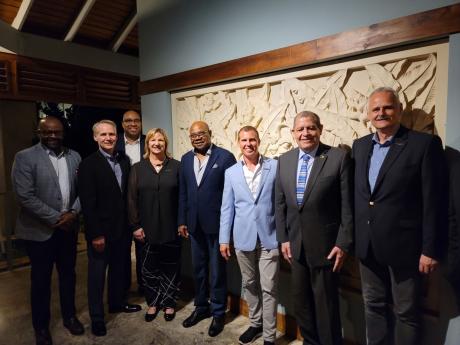 The announcement comes following a recent meeting between senior executives of American Airlines and several Government and private sector officials in Montego Bay.

The flights will be operated by an Envoy E-175 aircraft, which can seat between 76 and 88 passengers in business and economy class, and will operate nonstop between Miami and Ocho Rios on Wednesdays and Saturdays.

"This is a very valuable addition to the aviation needs of Jamaica, with nonstop service between the United States and our country's third international airport. It is a great start and will encourage other airlines to fly into the Oracabessa/Ocho Rios area,” Bartlett noted.

“It will also be a huge plus to the region and also assist greatly in boosting tourism development potential for St. Mary and Portland and connecting many members of our Diaspora closer to home.”

American Airlines is the world's largest airline when measured by fleet size, scheduled passengers carried, and revenue passenger mile, and is the largest mover of people in and out of Jamaica.