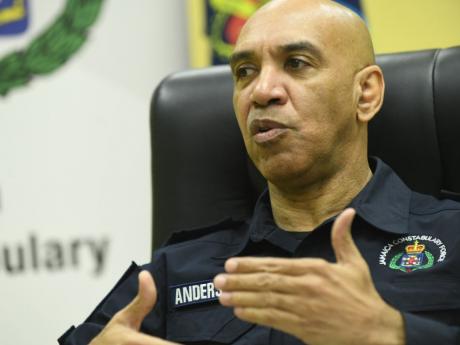 Jamaica reported an 8.5 percent reduction in major crimes for the first quarter of the year.

As of March 31, murders were down by three percent, while shootings declined by 16 percent.

Commissioner of Police Major General Antony Anderson today said that 71 percent of homicides have been attributed to gang violence and 16 percent to interpersonal disputes.

He did not provide figures.

Anderson said that at this time, the western end of the island - Police Area One - is a major concern, which he said currently accounts for about 35 percent of the nation’s murders so far this year.

“In the past week, we have had to pivot and initiate a series of operations across western Jamaica,” Anderson said while addressing the monthly Jamaica Constabulary Force (JCF) press conference this afternoon.

The police commissioner said based on analysis, the force expects to see a quelling of the trend in the current quarter, April to June.

“We are targeting some of the people we know are carrying out the violence but also occupying the spaces and also the routes that they normally use, using not only our traditional techniques but we have been using some technology in that space and that is why I am reasonably confident that over this quarter, we should see a change in what is happening in the west,” Anderson explained.