The Browns: Sixty-five years of love and forgiveness 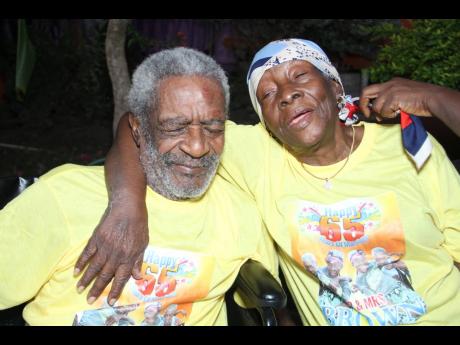 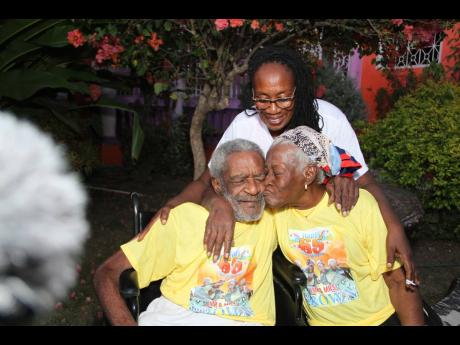 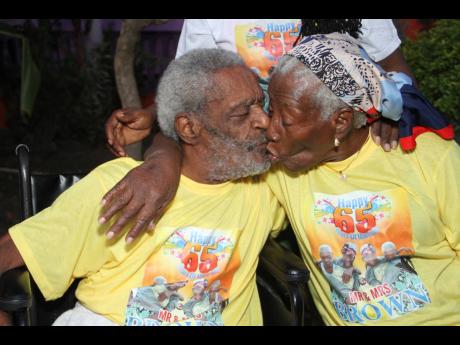 Nathaniel Stewart
Rudolph and Carol Brown seal 65 years of marriage with a kiss.
1
2
3

Rudolph and Carol Brown are celebrating 65 years of marriage, and it is a story of love and forgiveness. For Carol, a woman who has been very involved in her church, she has had to deal with infidelity and abandonment at times, but her love and the vows she made so long ago still mean a great deal to her.

The two, who met in their birth parish of Westmoreland, struck up a relationship, one that saw her being ‘head over heels’ in love with him.

As she reflects on her early year,s Carol shared with Family and Religion the path to her bearing Rudolph’s name.

“I was about 16 when I met him. We weren’t living far from each other. You know when you young and in love, a dat tek place. Mi just waan see him, mi just waan see him pass. Not even food mi couldn’t eat,” she related as she said “love overflow” her heart.

Three years later, they tied the knot, with Carol leaving the parish for Kingston when things got tough.

Her husband made the trek from Clarendon, where he, too, came in search of greener pastures, with Carol eventually leaving Kingston to settle in Rocky Point, Clarendon.

Carol, who described herself as a “church woman”, said her loyalty was put to the test when he started “straying” and “flying away like a bird”.

“Him a wild man, you know, so mi never worry miself. Mi just love mi children dem – eight of dem - and take care of dem. Mi never worry miself about him. Mi do a little hustling and help miself. Mek him gwaan, yah man!” she said as reminisced on their rocky relationship.

Although she has forgiven him, Carol still talks about his absence from her and the children’s lives as she noted that id she hadn’t forgiven him, she would not be by his side right now.

Rudolph, who is now wheelchair-bound, needs assistance to perform the least task – one which his daughter and wife lovingly carry out.

Their daughter Karen, who hovered attentively between them during the interview, sharing that her mother was her role model and that she has learnt everything from her, described her as a strong woman.

“I don’t know if I would be so strong. She really is strong because what she has been through, I don’t think I could do it,” she confessed.

Now 81, Carol is proud of the way she has lived her life in the community as she says young and old have maximum respect for her and for her at least that is one love that is consistent.

As for her husband Rudolph, who has trouble speaking, it was a touching moment when he responded to the question of whether he had any regrets. Valiantly fighting, he managed to whisper the words, “She is a good woman”.