Justices of the peace urged to do more to fight crime 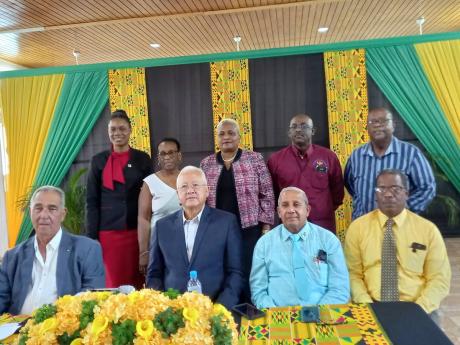 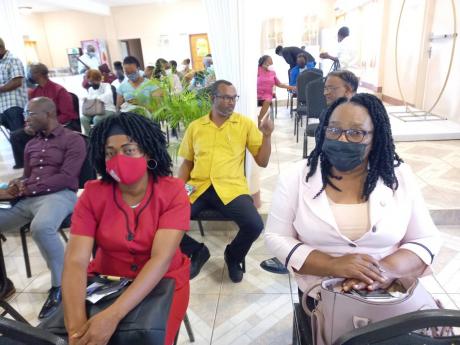 Cecelia Campbell-Livingston
Some of the justices of the peace who attended the meeting and launch of the Clarendon Justice of the Peace Association. 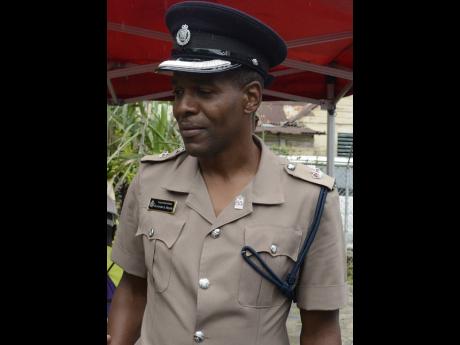 Minister of Justice Delroy Chuck has charged justices of the peace (JP) in Clarendon to do more in the fight against crime and violence.

Speaking at a JP meeting and the official launch of the association, Chuck said there can be no prosperity if the crime problem is not controlled.

“Justices of the peace must be proactive with working with the police, working with other stakeholders, to bring peace,” he said, noting that the police and the Government cannot do it alone.

Pointing out that it will take all hands on deck, he urged the JPs to be conduits in their communities by building trust in their neighbourhoods so that residents that pass on information about wrongdoers, which they, in turn, can pass on to the police or the custos.

“If you know of any politician or any police involved in wrong doing, expose them too, because we are not going to build a good Jamaica if you have too many dishonest people around the place. So your integrity must stand out, and you expose those who are dishonest, those who are engaged in wrongdoing,” the minister urged.

He also reminded them that in their capacity as JPs, it is important that emphasis is placed on ensuring that justice and peace are properly pursued.

“Because without you assisting communities, Clarendon cannot be the peaceful place it ought to be,” he said.

Commanding Officer for the Clarendon Police Division, Senior Superintendent Glenford Miller, said most of the crimes that are committed in the parish are in communities where the JPs live.

“Persons are looking for justice and whenever they cannot get it. that is where the police come in, because it is now time for crime. Because persons believe that they don’t get justice, they resort to crime and violence,” he pointed out.

Miller told the JPs that in a lot of those matters the JPs can intervene before they escalate, and argued that a lot of JPs seem content to sit back, watch what is happening, and do nothing.

Pointing out that some of the 14 murders Clarendon saw since the start of the year stemmed from disputes, he noted that if the situations were addressed they would not have escalated to murder.

The Clarendon Justice of the Peace Association, a registered entity with the Companies Office of Jamaica, was also formally launched at the meeting, with businessman Aldo Brown serving as president.

Chuck encouraged them to get their charity status, so that they will be able to secure assistance for fellow JPs who may have fallen on hard times.