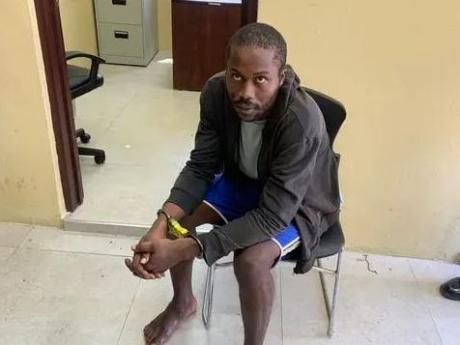 Bryan is booked to appear before the St Thomas Parish Court in Yallahs on April 22. -Contributed photo.

Alleged rapist and abductor Davion Bryan has been charged in relation to the abduction of two young girls in St Thomas last year.

Bryan, who was on the run for several months, was charged on Monday with rape, forcible abduction, and forcible imprisonment.

Bryan is booked to appear before the St Thomas Parish Court in Yallahs on April 22.

He is being accused of abducting two girls, aged nine and 13, in Bath, St Thomas, in October 2021, sparking a manhunt and national outrage.

Both girls were subsequently found.

Bryan, 32, was listed as Portland's most wanted man in early March after failing to appear before the Portland Circuit Court on February 17, 2022, on charges of rape and illegal possession of firearm.

Those charges stem from a July 2020 attack on a woman in Norwich.

He surrendered to the police on March 24.

He has since been charged with wounding with intent in relation to a March 9 incident in which he allegedly grabbed a woman and pulled her into a gully in Durham, Portland.

She reportedly sustained injuries to the face.

And he is charged for a March 10 incident where a woman was allegedly sexually assaulted.

It is being alleged that Thursday, March 10 Bryan abducted a woman while she was walking along a roadway and pulled her into bushes where he assaulted and raped her.

Bryan was charged with rape, forcible abduction and grievous sexual assault after he was pointed out by the woman during an identification parade.